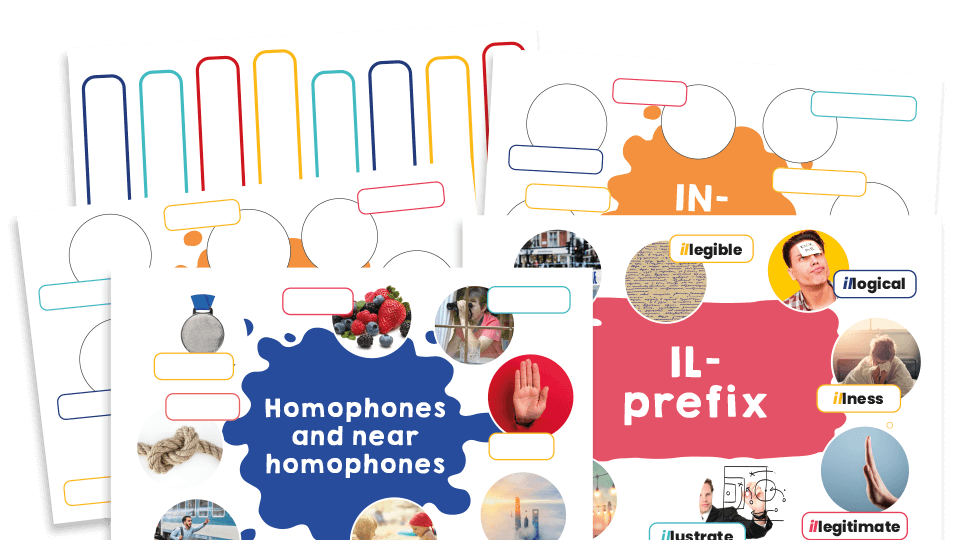 Enhance your Key Stage 2 classroom displays with this set of 16 colourful PDF posters based around Y4 spelling patterns.

Each poster shows the spelling pattern surrounded by 8 eye-catching images illustrating words that use that pattern.

The 16 spelling patterns included are:

As well as the completed posters, this primary resource pack includes: