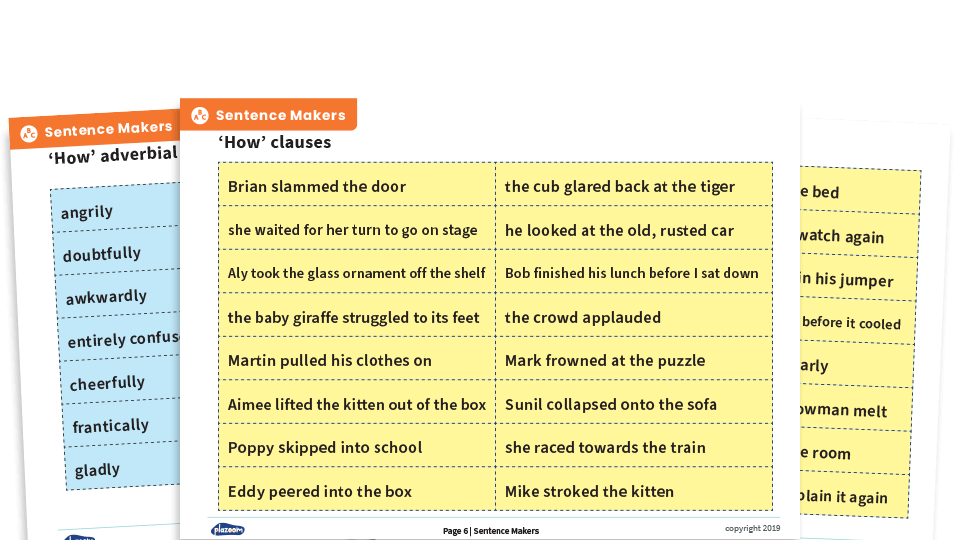 Use this Key Stage 2 grammar game to help introduce Y4 children to fronted adverbials, and to revise the topic with Years 5 and 6.

The activity pack contains more than 100 fronted adverbial sentence starters grouped into categories of ‘how’, ‘where’ and ‘when’.

Also included are clauses which can be matched to the fronted adverbials to create sentences.

The cards are great for display, too!