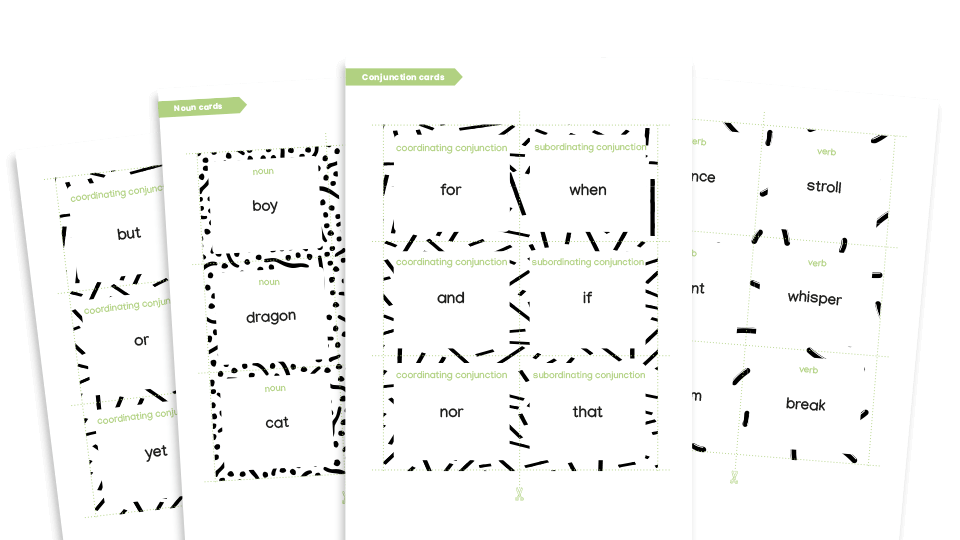 Use Plazoom’s Sentence Builder Game to develop Year 3 pupils’ use of a wider range of conjunctions in their sentences.

Pupils will use the noun, verb and conjunction cards to create sentences, rehearsing them orally before writing. The grammar game will also give pupils the opportunity to use and understand the year 3 grammar terminology in English appendix 2 when discussing their sentences.

What is a conjunction?

A conjunction links words, phrases or clauses together. There are two types of conjunction: coordinating conjunctions (and, but, or) and subordinating (when, if, that, because).

There are only seven coordinating conjunctions: