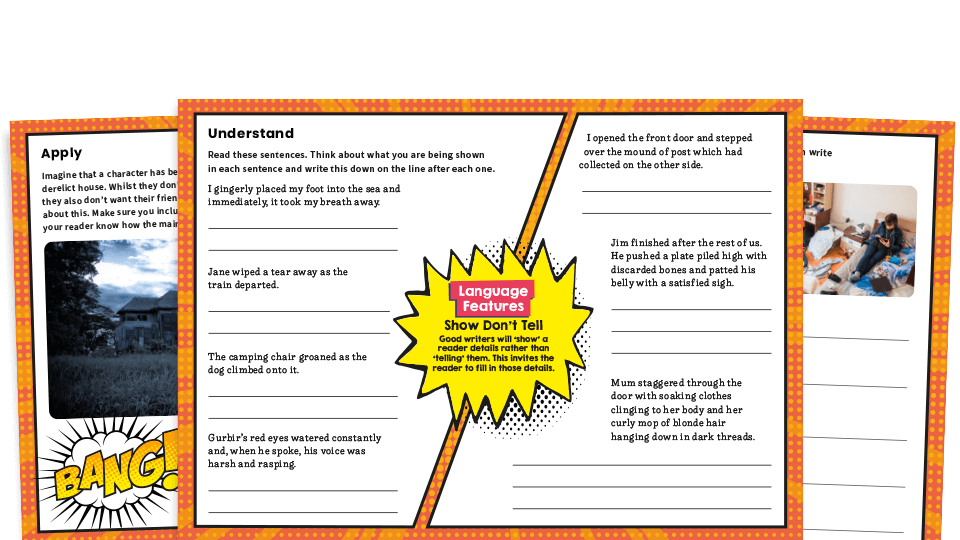 This set of worksheets allows KS2 children to consider the idea of ‘show not tell’ for their own writing. Each task – understand, explain, challenge, test, apply – explores how this technique can give writing more impact.

Perfect for home learning, as an exercise before an independent writing task, and as a way to challenge more able learners in lower year groups, the worksheets are bright and engaging, using eye-catching images to fire children’s imaginations, and giving them the opportunity to apply their knowledge in creative writing activities.

This primary resource is divided into four sections: