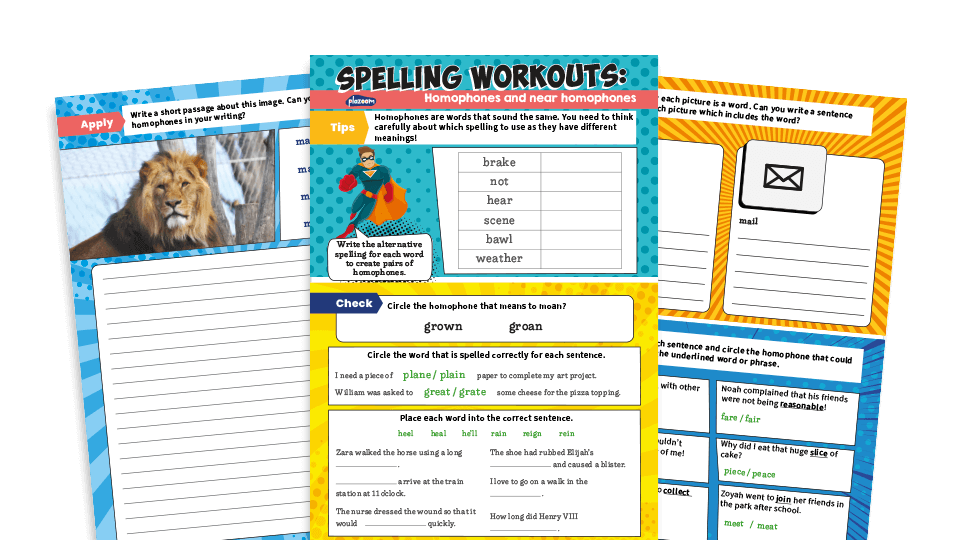 These worksheets, covering homophones and near homophones, are an excellent way for children in Years 3 and 4 to revise and practise these spelling patterns.

The worksheets include five different activities in which children look at spelling patterns, identify misspelt words and apply their spellings in context. They can be used within lessons, as an assessment or as a homework task.

What is a homophone?

Homophones are words that sound the same but have different meanings.

Some homophones are pronounced and spelt the same way but have different meanings. These are called homonyms. For example:

Some homophones are pronounced the same way but are spelt differently and have different meanings. For example:

Learn new ways of spelling phonemes for which one or more spellings are already known, and learn some words with each spelling, including a few common homophones

Distinguishing between homophones and near-homophones

This resource is part of the Spelling Workouts collection. View more from this collection