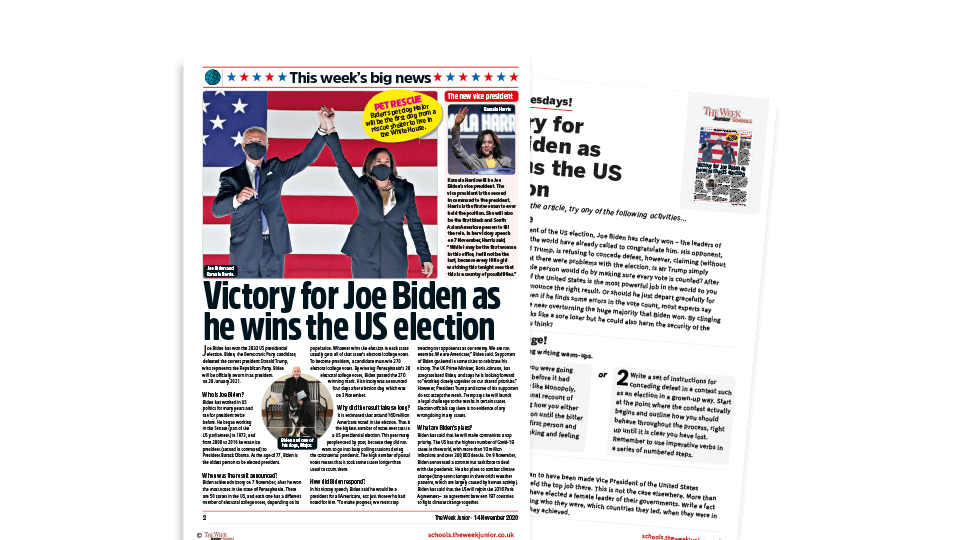 Right now, a week after voting closed, by any normal assessment of the US election, Joe Biden has clearly won – the leaders of many countries around the world have already called to congratulate him.

His opponent, former president Donald Trump, is refusing to concede defeat, however, claiming (without evidence) that there were problems with the election.

Is Trump simply doing what any reasonable person would do by making sure every vote is counted? After all, being the President of the United States is the most powerful job in the world so you want to be certain you announce the right result. Or is he being deliberately obstructive, and should he just depart gracefully for the good of his nation?

This resources pack includes a story about the election from The Week Junior newspaper, and an activities pack designed to get children thinking, talking and writing about what the article means to them.