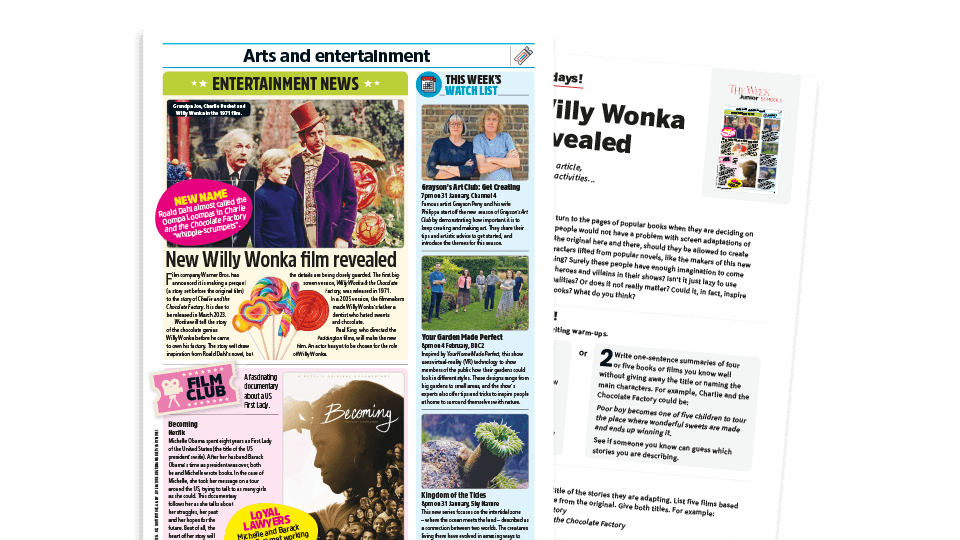 Film company Warner Bros has announced it is making a prequel to the story of Charlie and the Chocolate Factory.

While most people would not have a problem with screen adaptations of books, even if they stray from the original here and there, should they be allowed to create entirely new stories out of characters lifted from popular novels, like the makers of this new Willy Wonka film are clearly doing?

This resources pack includes an article from The Week Junior magazine, along with a sheet of activities designed to get children thinking, talking and writing about what the story means to them.