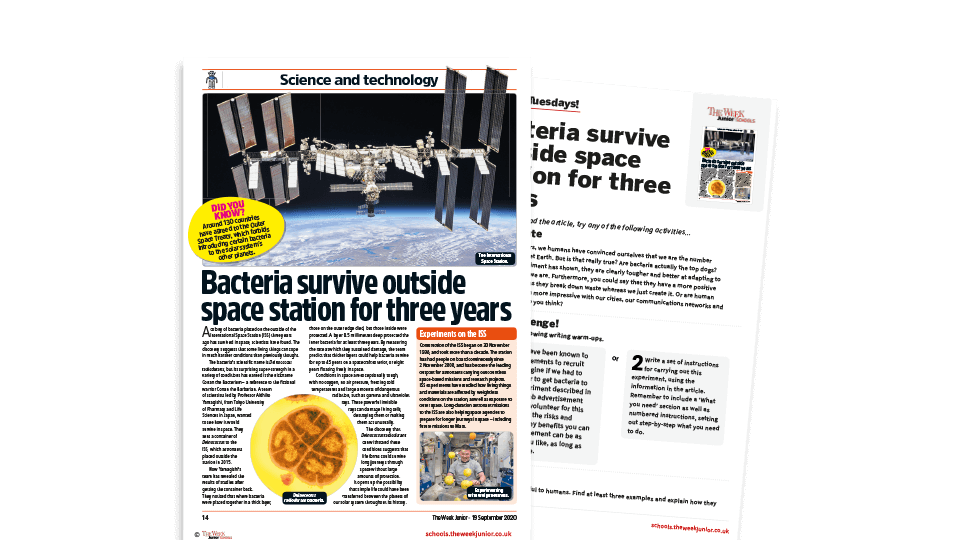 A colony of bacteria placed on the outside of the International Space Station (ISS) three years ago has survived in space, scientists have found. The discovery suggests that some living things can cope in much harsher conditions than previously thought.

For thousands of years, we humans have convinced ourselves that we are the number one life-form on planet Earth. But after this revelation, is that really true? Are bacteria actually the top dogs?

This resource pack includes an article from The Week Junior Newspaper about bacteria and the ISS, alongside an activities sheet to get children thinking, talking and writing about what the story means to them::