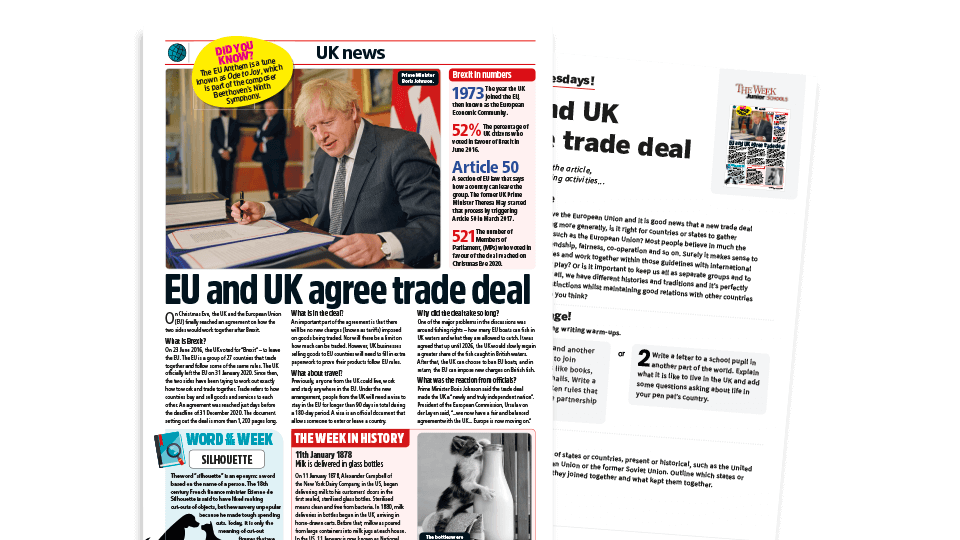 On Christmas Eve 2020, the UK and the European Union (EU) finally reached an agreement on how the two sides would work together after Brexit.

This was good news, but thinking more generally, is it right for countries or states to gather together in large groups, such as the European Union?

Most people believe in much the same sorts of things surely it makes sense to agree the same sets of rules and work together within those guidelines? Or is it important to keep us all as separate groups, maintain our distinct cultures and traditions, and ‘look after our own’?

This resources pack includes an article from The Week Junior Newspaper about the EU/UK trade deal, and a sheet of activities designed to get children thinking, talking and writing about what the story means to them.