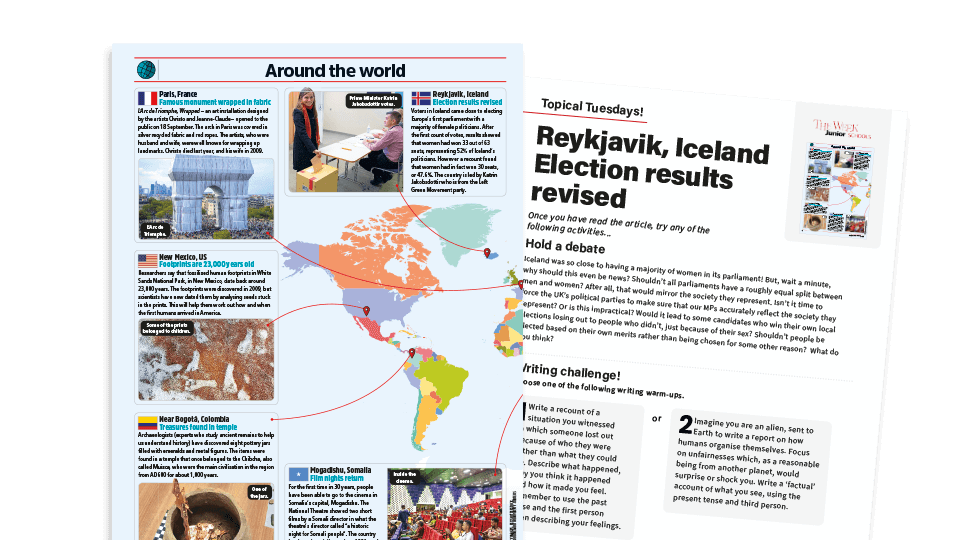 Voters in Iceland came close to electing Europe’s first parliament with a majority of female politicians in 2021. After the first count of votes, results showed that women had won 33 out of 63 seats, representing 52% of Iceland’s politicians. However a recount found that women had in fact won 30 seats, or 47.6%. This resources pack includes an article from The Week Junior magazine, along with a sheet of activities designed to get children thinking, talking and writing about what the story means to them.

Shouldn’t all parliaments have a roughly equal split between men and women? After all, that would mirror the society they represent. Isn’t it time to force the UK’s political parties to make sure that our MPs accurately reflect the society they represent? Or is this impractical? Would it lead to some candidates who win their own local elections losing out to people who didn’t, just because of their sex? What do you think?

Write a recount of a situation you witnessed in which someone lost out because of who they were rather than what they could do. Describe what happened, why you think it happened and how it made you feel. Remember to use the past tense and the first person when describing your feelings.

Imagine you are an alien, sent to Earth to write a report on how humans organise themselves. Focus on unfairnesses which, as a reasonable being from another planet, would surprise or shock you. Write a ‘factual’ account of what you see, using the present tense and third person.