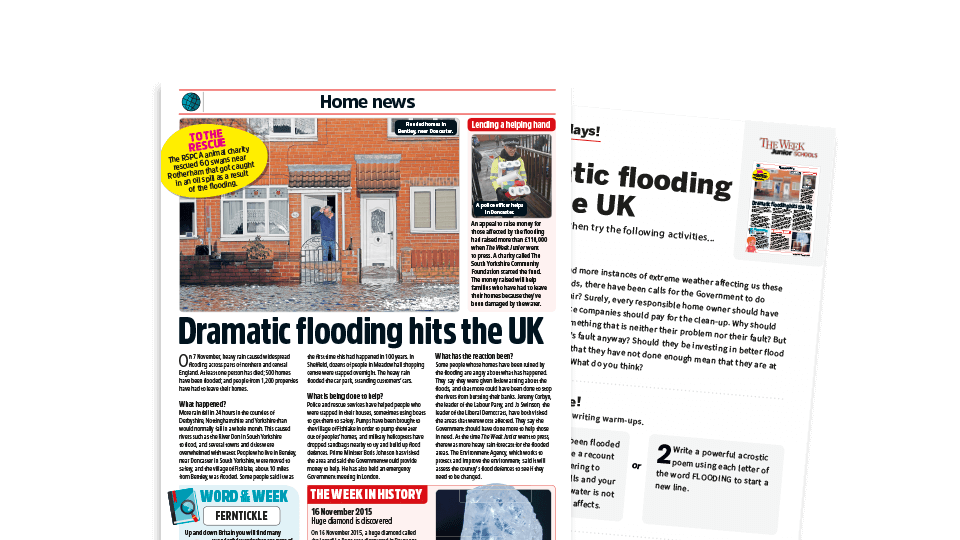 On 7 November 2019 heavy rain caused widespread flooding in parts of the UK, with at least one person having died, and 1,200 people have had to evacuate their homes because of the damage.