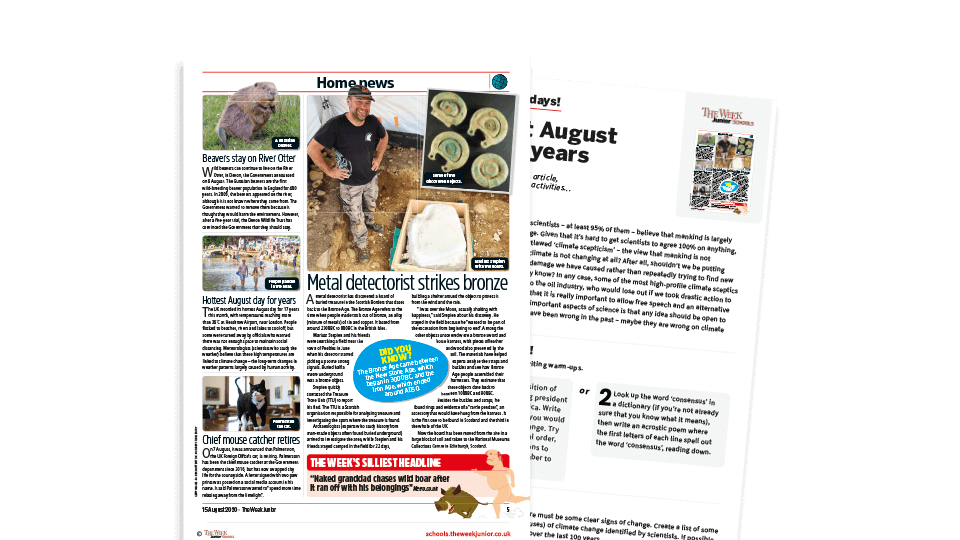 The UK recorded its hottest August day for 17 years in 2020, with temperatures reaching more than 36°C at Heathrow Airport, near London.

The vast majority of climate scientists – at least 95% of them – believe that mankind is largely responsible for climate change.

Given that it’s hard to get scientists to agree 100% on anything, isn’t it time that countries outlawed ‘climate scepticism’? Or is it really important to allow free speech and an alternative view? After all, scientists have been wrong before…

This resource pack includes a story about the 2020 heatwave from The Week Jr newspaper, plus a sheet of activities designed to get children talking, thinking and writing about the world around them.