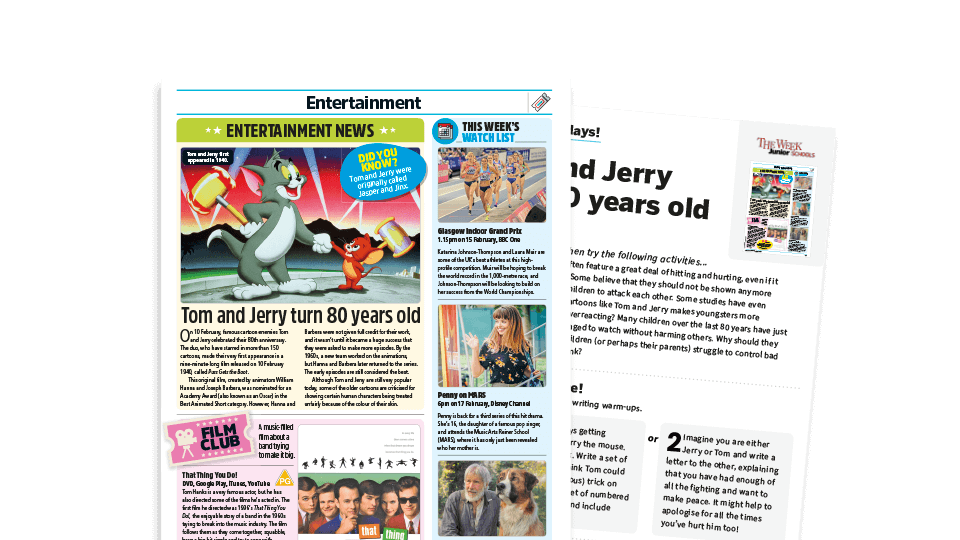 This resource looks at the classic cartoon characters Tom & Jerry, who turned 80 on 10 February 2020. The duo, who have starred in more than 150 cartoons, made their very first appearance in a nine-minute-long film released on 10 February 1940, called Puss Gets the Boot.

The resource includes a news article, and activity ideas based on it.