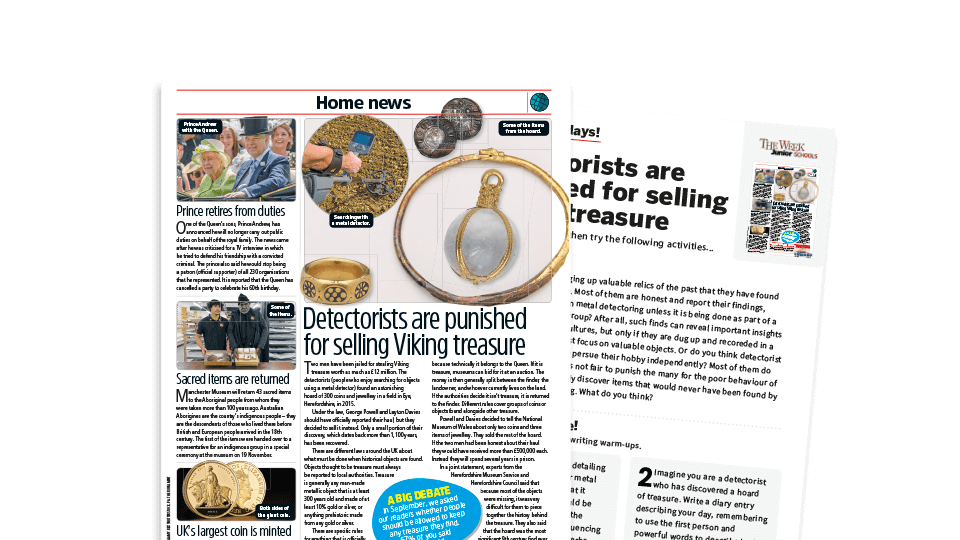 In 2019, two men were jailed for stealing Viking treasure worth as much as £12 million.

The detectorists (people who enjoy searching for objects using a metal detector) found an astonishing hoard of 300 coins and jewellery in a field in Eye, Herefordshire, in 2015.

Under the law, George Powell and Layton Davies should have officially reported their haul, but they decided to sell it instead. Only a small portion of their discovery, which dates back more than 1,100 years, has been recovered.

There are different laws around the UK about what must be done when historical objects are found, but objects thought to be treasure must always be reported to local authorities. Powell and Davies decided to tell the National Museum of Wales about only two coins and three items of jewellery.

They sold the rest of the hoard. If the two men had been honest about their haul they would have received more than £500,000 each. Instead they will spend several years in prison.