Topical Tuesdays: Not our Queen! – KS2 News Story and Reading and Writing Activity Sheet from The Week Junior 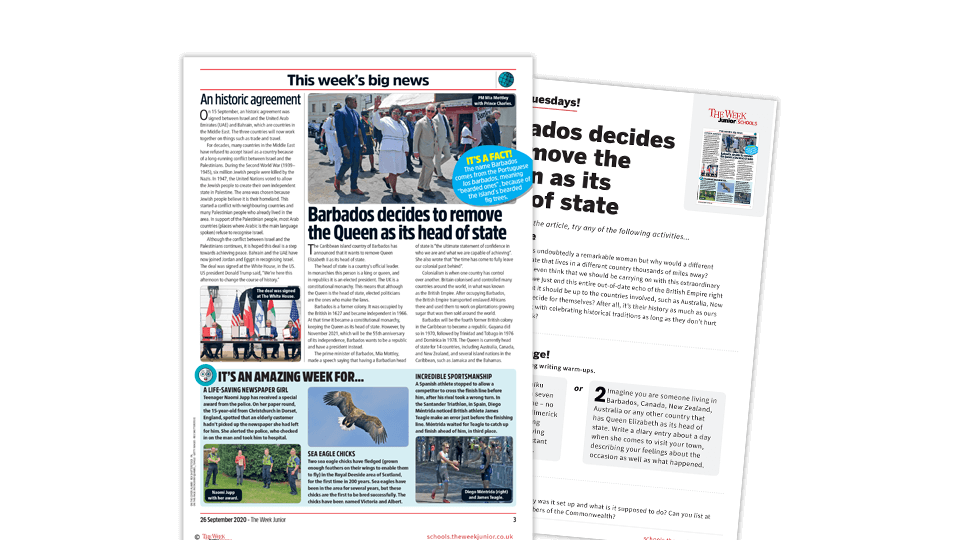 The Caribbean island country of Barbados has announced that it wants to remove Queen Elizabeth II as its head of state.

Why would a different nation want a head of state that lives in a different country thousands of miles away? Shouldn’t we just end this entire out-of-date echo of the British Empire right now? Or should it be up to the countries involved, such as Australia, New Zealand and Canada, to decide for themselves?

This resource pack includes an article from The Week Junior newspaper about the decision made by Barbados, and a sheet of activities designed to get children talking, thinking and writing about the issues it raises in a way that is meaningful for them: