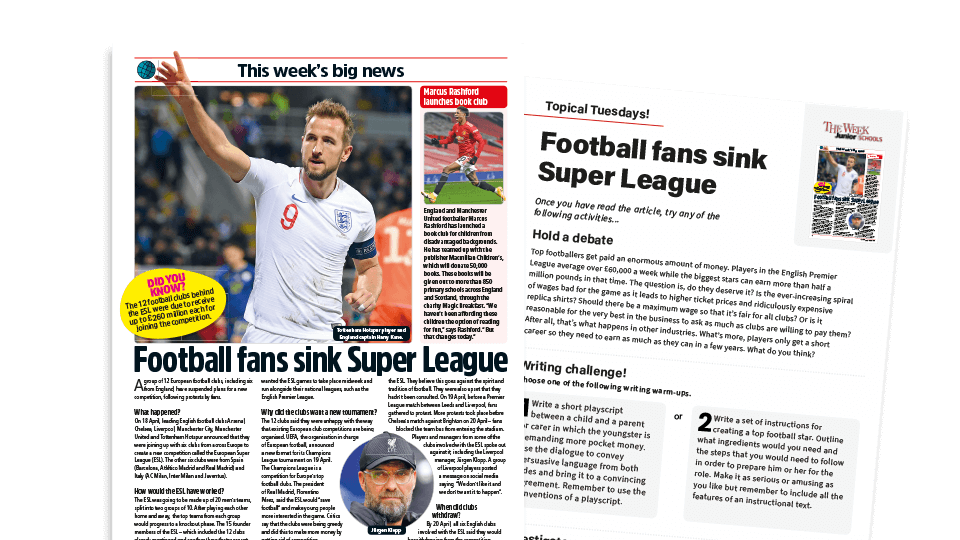 A group of 12 European football clubs, including six from England, have suspended plans for a new competition, following protests by fans.

This resources pack includes an article from The Week Junior magazine, along with a sheet of activities designed to get children thinking, talking and writing about what the story means to them.