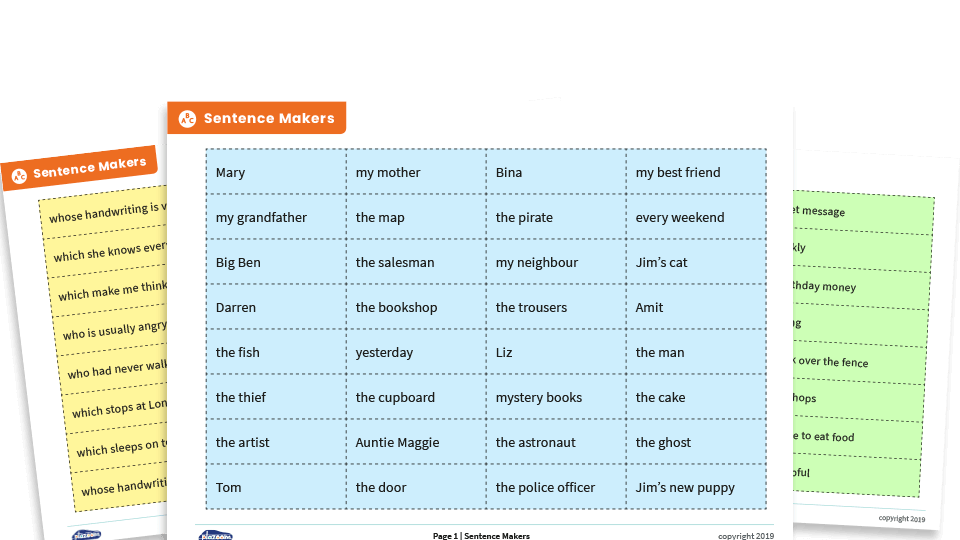 This hands-on PDF resource is a great way for Y5 children to revise and practise using relative clauses.

Two versions of the sentence makers are included. The first can be used by children at their tables. The second version is large enough to be used on working walls or classroom displays.

We have omitted punctuation from these cards as a teaching point. Children will need to add punctuation when they copy these sentences out.

Relative clauses provide extra information about a noun, and are introduced by relative pronouns (eg who, that, where).

Using relative clauses beginning with who, which, where, when, whose, that or with an implied (ie omitted) relative pronoun