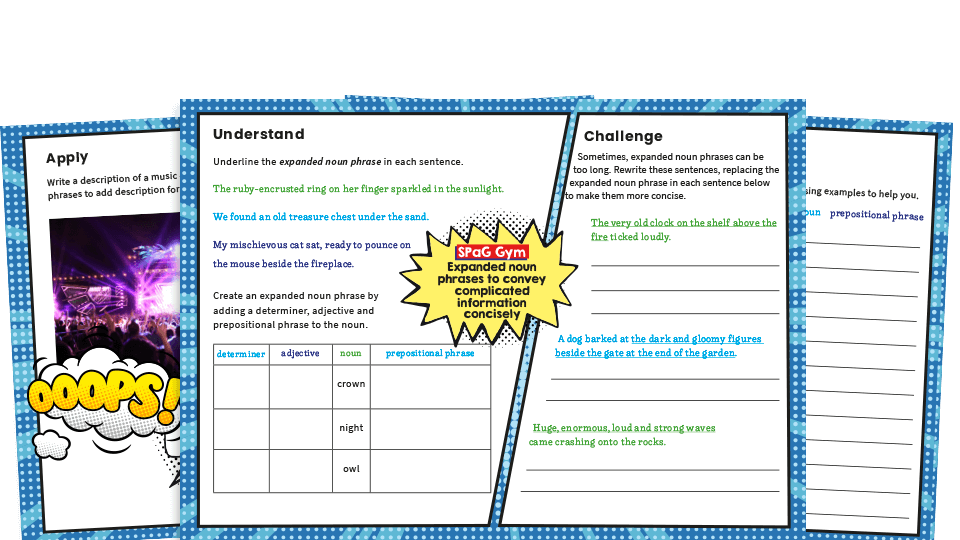 Test
Circle the nouns that have been expanded and expand nouns to create an expanded noun phrase.

Explain
Write how an expanded noun phrase is created.

Apply
Use the picture to write a description of a music concert, using expanded noun phrases to add description.

What is an expanded noun phrase?
A noun phrase is comprised of a noun and additional words that help to further describe that noun. Typically, adjectives are added, separated by commas, to describe the noun and create the noun phrase.

The big brown bear
The little, run-down house
The shoes with yellow laces
Sarah’s bowl of cereal
The cheeky monkey climbing the tree