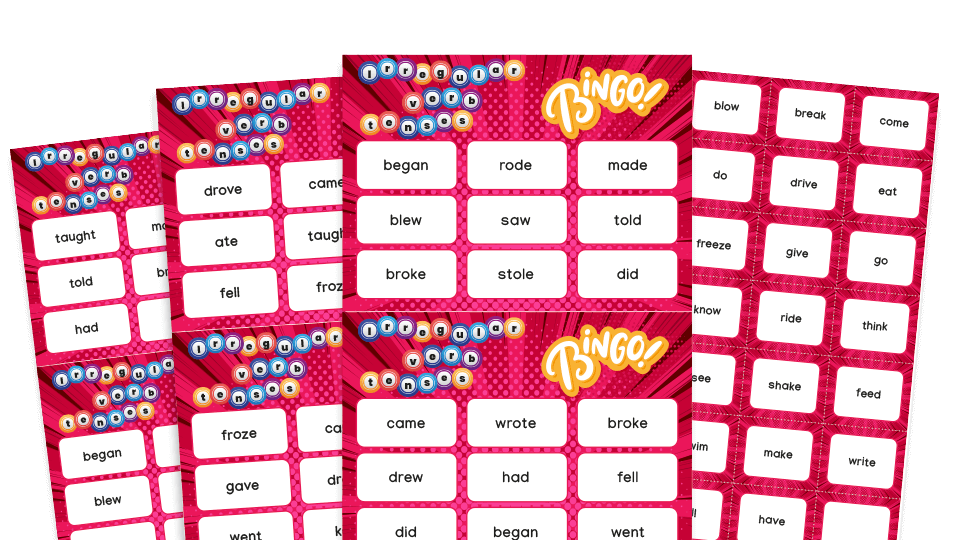 This grammar Bingo game is a fun way to support pupils in Y2 to identify irregular verbs.

The tense is shown by the verbs and the form of the verb will depend on the tense.

The simple past tense is about actions that happened earlier or in the past and are now finished. Examples include she worked, he write, the sun rose. Many simple past tense verbs add the suffix -ed to the basic verb (eg worked) but some don not follow the -ed rule (eg write, rose).
The past progressive tense is used when something has not finished when another action begins or for something that continued over a longer period of time. Examples include she was working, he was writing, the sun was rising.

Irregular verbs are those which do not follow the rule of adding -ed to show the past tense.

Pupils should learn how to use the present and past tenses correctly and consistently including the progressive form.