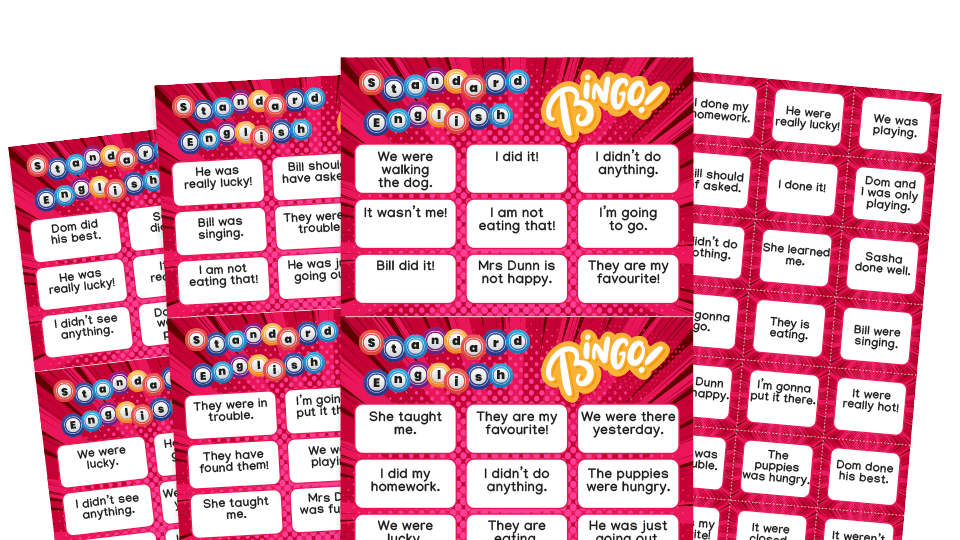 This grammar Bingo game is a fun way to support pupils in Y4 in their understanding of Standard English forms for verb inflections, rather than local spoken forms.

Standard English can be recognised by the use of a very small range of forms such as those books, I did it, and I wasn’t doing anything (rather than their non-Standard equivalents); it is not limited to any particular accent. It is the variety of English which is used, with only minor variation, as a world language. Standard English is used in most writing and in formal speech.

What is a verb inflection?

Inflections are how verbs change when they are used. They may have different endings, or for some words, the spelling changes.