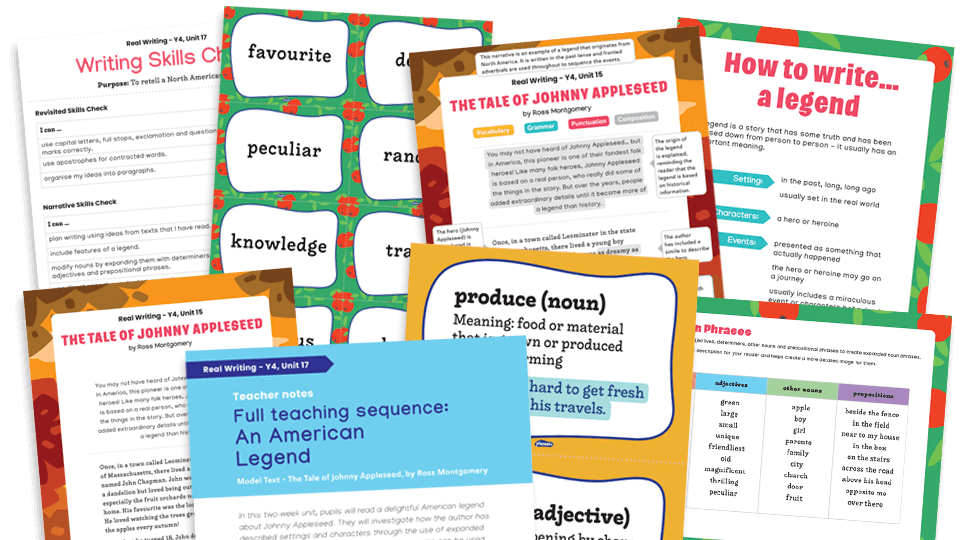 Unit overview
This writing unit for Year 4 is built around an original model text by Ross Montgomery; a retelling of one of America’s fondest legends about the folk hero Johnny Appleseed. The example text is available as a PDF in three versions (plain, illustrated and annotated); annotated and non-annotated PowerPoint presentations are also included.

1. Vocabulary:To build a varied and rich vocabulary through the use of synonyms

Pupils will: match words that are synonyms; describe a character using their knowledge of synonyms

2. Grammar: To use expanded noun phrases to describe characters