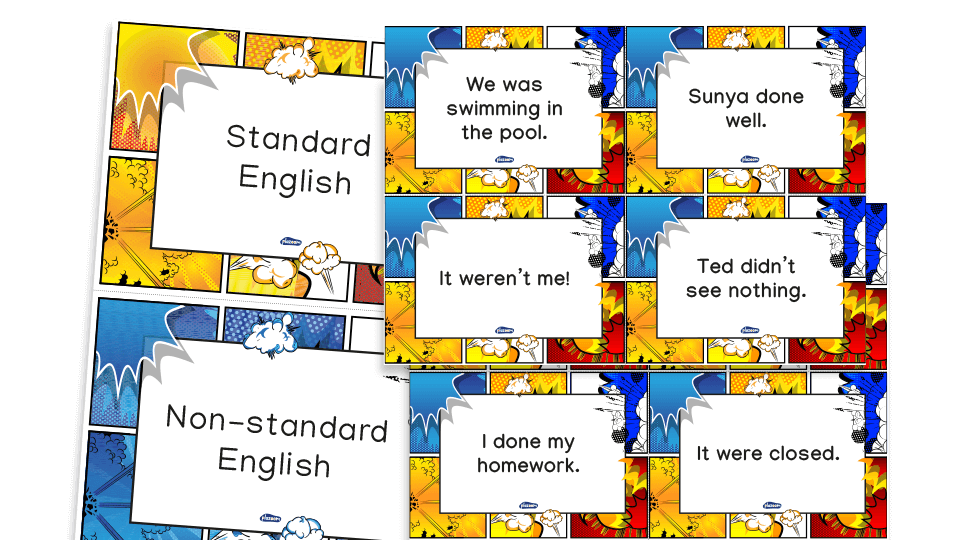 This ‘Make a Match’ game is a fun way for pupils in Y4 to match examples of Standard and non-Standard English.

Standard English is used in most books, newspapers and formal documents. It also used in spoken language. It is universally understood and pupils should be able to use formal language in their writing and in formal speech.

Pupils should be taught to use Standard English forms of verb inflections instead of local spoken forms (for example, we were instead of we was, or I did instead of I done)