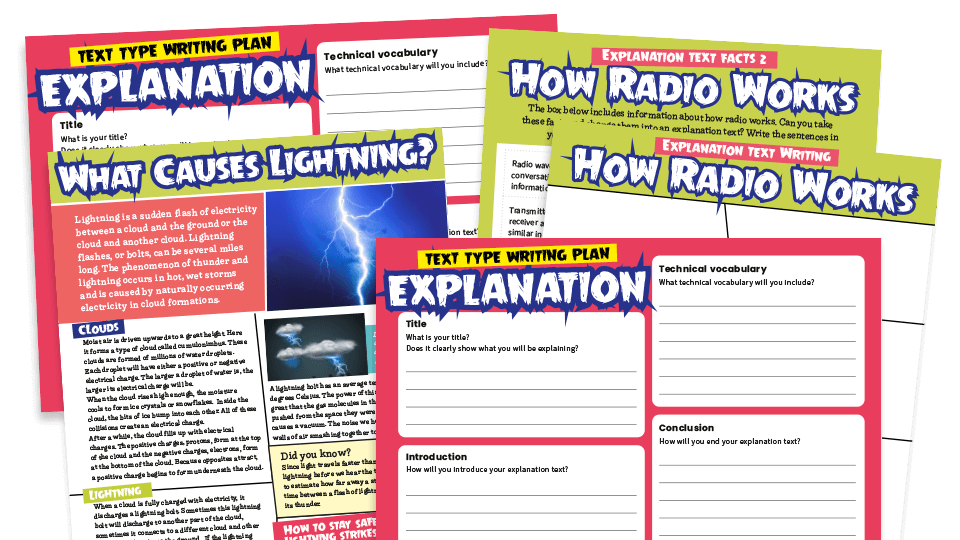 What is an explanation text?

An explanation text explains how or why and includes information about causes, motives or reasons. The writing should not only include a description of what happened but explain how or why. They are used to explain the processes involved in natural or social phenomenon or to explain why something is the way that it is.

Examples of explanation texts include explanations of processes in science, explaining how something works (such as an invention), explaining phenomenon such as volcanic eruptions or the water cycle or question and answer style articles.

Key features of an explanation text

What is included in this explanation text resource?

Identifying the audience for and purpose of the writing, selecting the appropriate form and using other similar writing as models for their own.

Noting and developing initial ideas, drawing on reading and research where necessary.