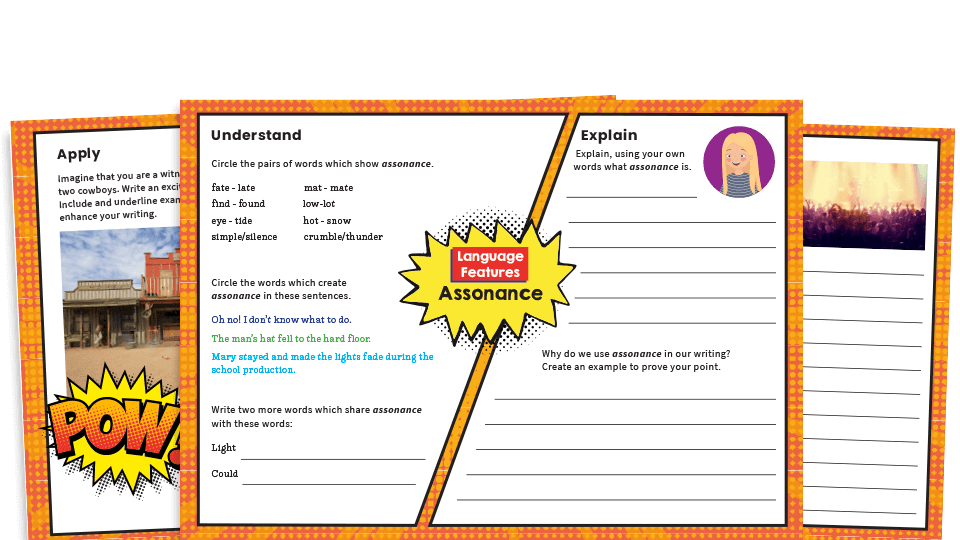 This worksheet is an excellent way for KS2 pupils to revise and practise using assonance. It contains assonance examples and five different challenges, which can be tackled during one lesson or spread over a number of teaching sessions.

Explain, using your own words, what assonance is. Why do we use assonance in our writing? Create an example to prove your point.

Write 3 sentences about the image. Each sentence should contain an example of assonance.

Imagine that you are a witness to a gunfight between two cowboys. Write an exciting passage about their fight. Include and underline examples of assonance to enhance your writing.

Assonance is the repetition of a pattern of similar vowel sounds within a sentence. It can be used in poetry to produce a rhyme across a whole sentence, and is one of a number of poetic techniques with with children should be familiar by the end of KS2.

Try to light a fire.
Go and mow the lawn.
The cat had a snack.