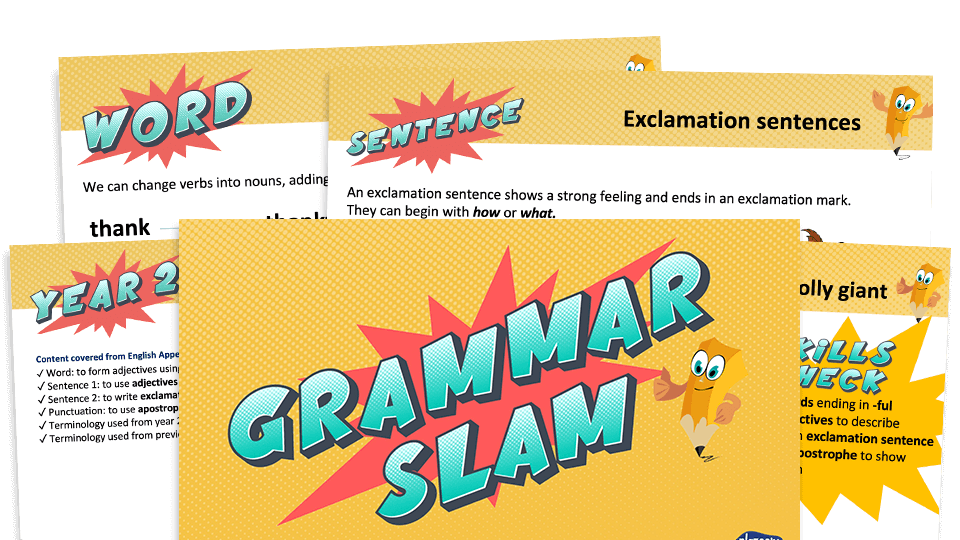 Do your pupils need to revisit grammar skills regularly?

This year 2 Grammar Slam resource (Set D) will give pupils the opportunity to revisit key word, sentence, text and punctuation skills from Appendix 2 of the English national curriculum. An opportunity to apply the skills in this Grammar Slam is included in the application task ‘The Jolly Giant!’.

Presented as a PowerPoint, the activities can be displayed for the whole class to complete or discuss.

How could you use Grammar Slam?

Perfect for starters to English lessons to teach or revisit skills previously taught or display on the board at the beginning of the day during registration, or at any point where there is 5 minutes to fill, to make productive use of learning time.

This could also be used by pupils in higher year groups to revise key terminology and skills taught in previous years.

This resource is part of the Grammar Slam collection. View more from this collection