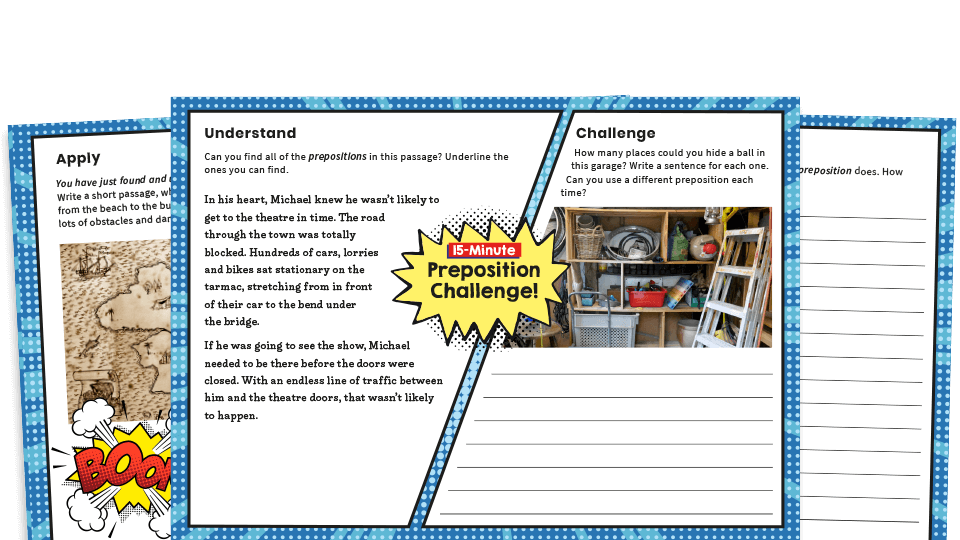 This bright, appealing PDF writing worksheet is an excellent way to practise and revise using prepositions in KS2.

Tom waved goodbye to Christy. She’ll be back from Australia in two weeks.

I haven’t seen my dog since this morning.

Using conjunctions, adverbs and prepositions to express time and cause.