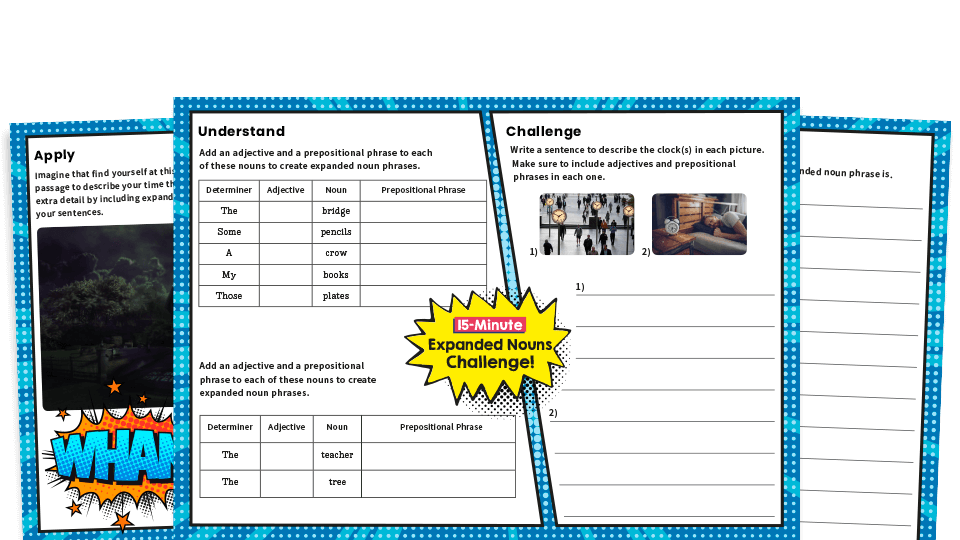 This bright, appealing PDF grammar worksheet is an excellent way to practise and revise using expanded noun phrases in Year 4.