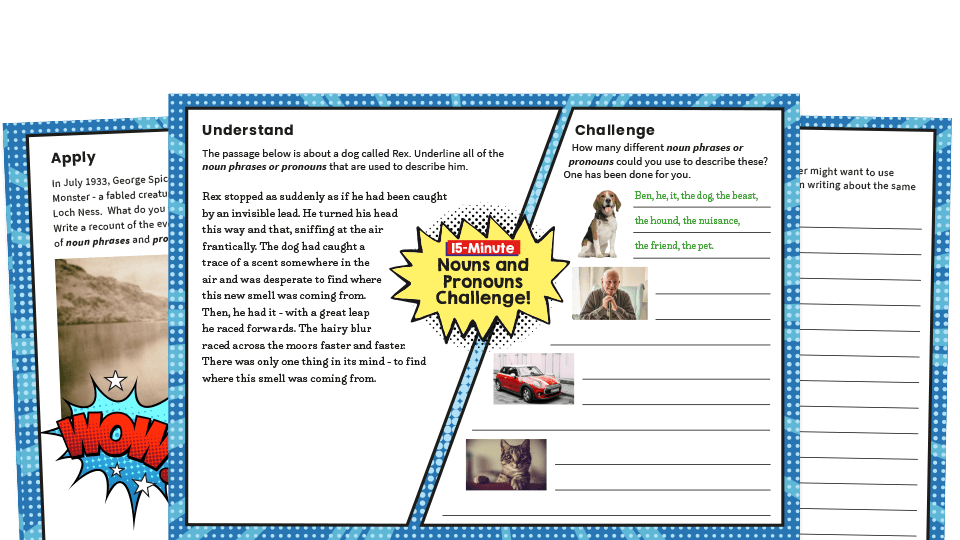 This bright, appealing PDF writing worksheet is an excellent way to practise and revise using noun phrases and pronouns in Year 4.

What is a noun phrase?

Almost all healthy adult foxes in this area can jump

She waved to her mother

What is a pronoun?

A pronoun is a word that replaces a noun in a sentence. Pronouns are used to avoid repeating the same noun again and again.

She waved to him.

His mother is over there.

This will be an overnight visit.

He is the one who broke it.