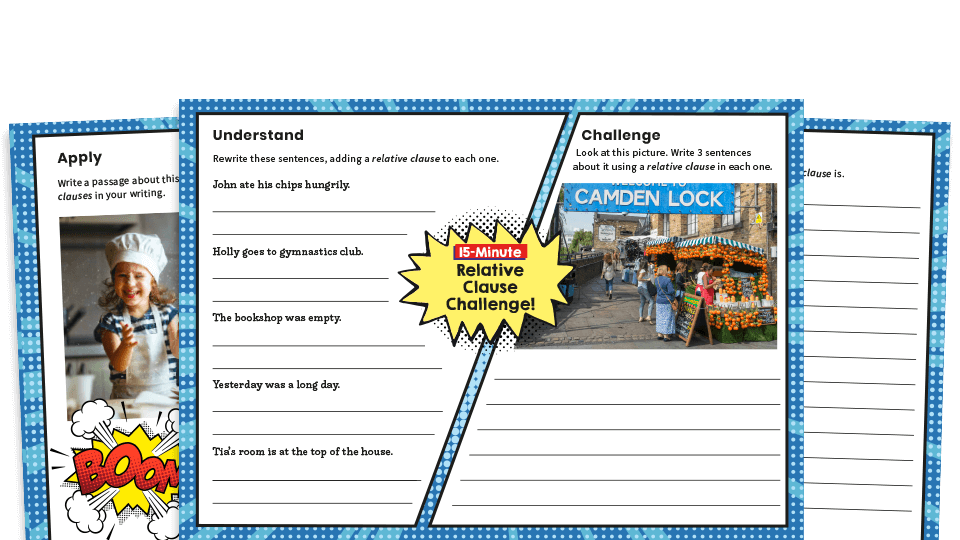 This bright, appealing PDF grammar worksheet is an excellent way to practise and revise using relative clauses in Y5.

Relative clauses provide extra information about a noun, and are introduced by relative pronouns (eg who, that, where).

Using relative clauses beginning with who, which, where, when, whose, that or with an implied (ie omitted) relative pronoun