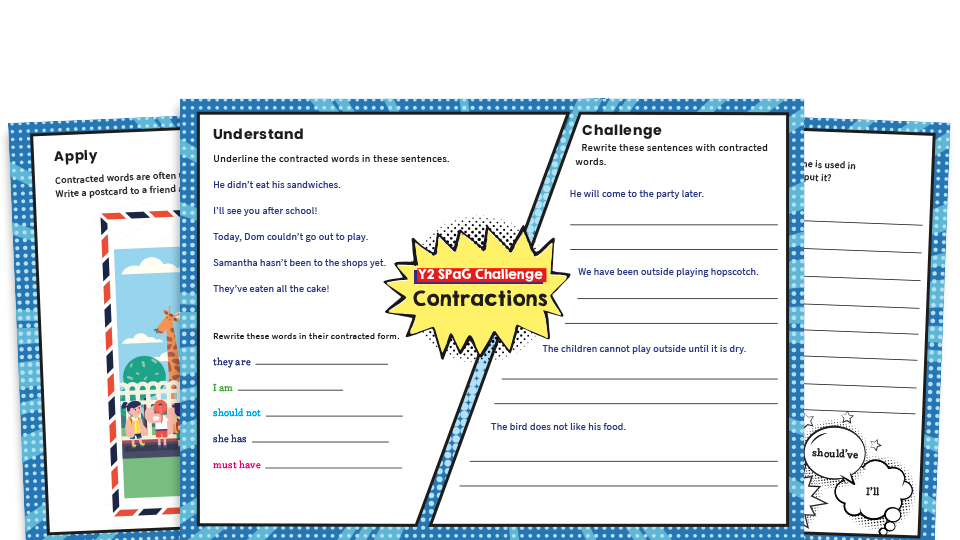 This bright, appealing grammar worksheet is an excellent way to practise and revise using contractions in Y2.

What is an apostrophe?

What is a contracted word?

A contracted word (or contraction) is a short word created by putting two words together and dropping one or more of the letters. These letters are replaced with an apostrophe, which shows where the letters would be if the words were written in full. They are used in informal writing or direct speech.