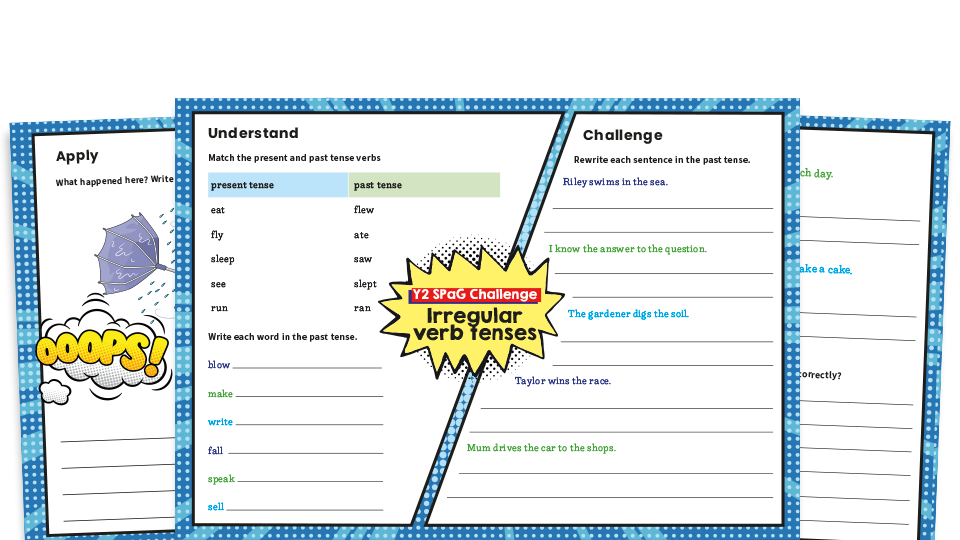 This bright, appealing grammar worksheet is an excellent way to practise and revise using the suffixes -ly, -ful, -less, -ness and -ment in Year 2. It is divided into five sections: understand, challenge, test, explain and apply.

Activities include SATs style questions and opportunities for creative writing responses, with eye-catching images as prompts.

The tense shows when the action in a piece of writing is taking place.

The tense is shown by the verbs, and the form of the verb will depend on the tense.

The simple past tense is about things that were finished before now. Examples include she worked, he wrote, the sun rose. Many simple past tense verbs add the suffix -ed to the basic verb (eg worked), but some don’t follow the -ed rule (eg wrote, rose).

The past progressive tense is about things that were happening in the past. Examples include: she was working, he was writing, the sun was rising.