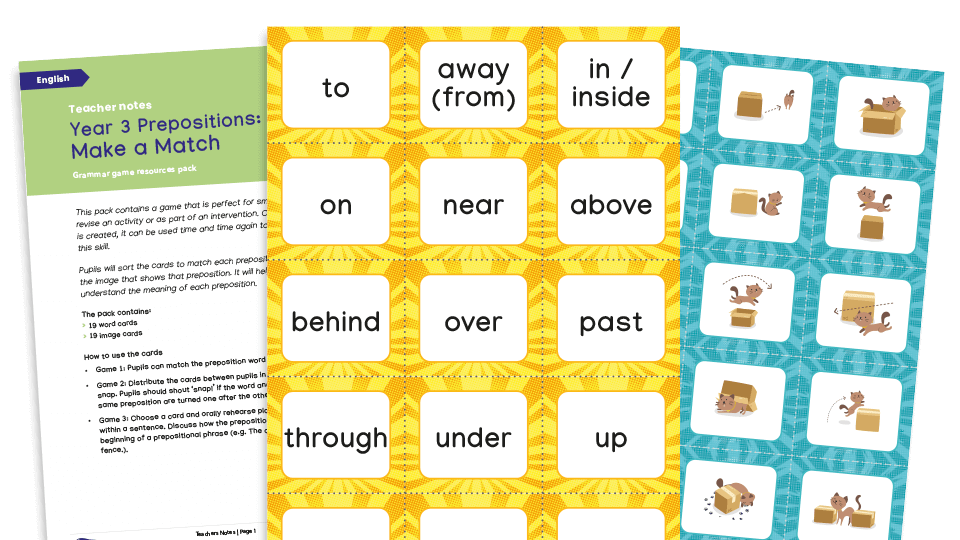 This Year 3 prepositions make a match game is a fun way for pupils to develop their understanding of prepositions. They will match the image cards to the relevant preposition, expanding their vocabulary choices.

A preposition links a following noun, pronoun or noun phrase to some other word in the sentence and can be used to add information after a noun to expand a noun phrase. Prepositions often describe locations or directions, but can describe other things, such as relations of time. Words like ‘before’ or ‘since’ can act either as prepositions or as conjunctions.