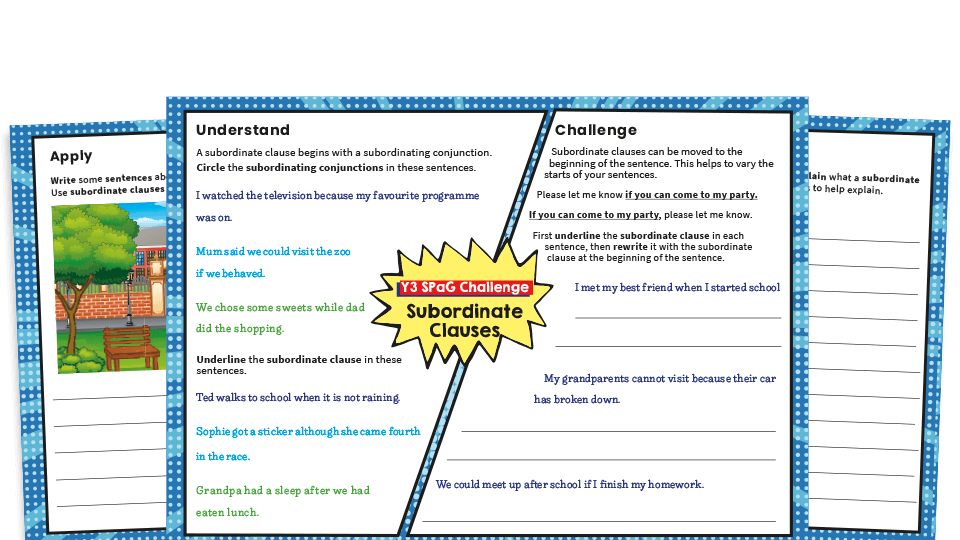 This bright, appealing PDF grammar worksheet is an excellent way to practise and revise using subordinating clauses in Y3. It is divided into five sections: understand, challenge, test, explain and apply.

A subordinate clause contains a subject and a verb, and often begins with a conjunction, but it cannot make grammatical sense on its own, so it has to be attached to a main clause. Therefore, it is subordinate to the main clause.

This is because clauses that are directly quoted as direct speech are not subordinate clauses.

Extending the range of sentences with more than one clause by using a wider range of conjunctions, including when, if, because, although

Using relative clauses beginning with who, which, where, when, whose, that or with an implied (i.e. omitted) relative pronoun