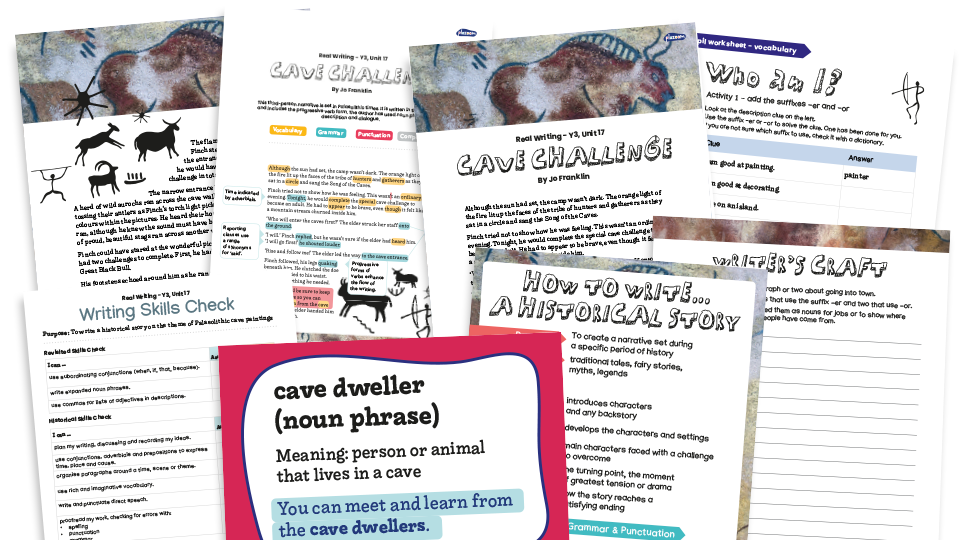 Unit overview
This writing unit for Year 3 is built around an original model text by Jo Franklin - a narrative set in the paleolithic period. The example text is available as a PDF in three versions (plain, illustrated and annotated); annotated and non-annotated PowerPoint presentations are also included.

In this two-week unit, pupils have an opportunity to learn some vocabulary connected with Palaeolithic cave painting and will investigate how the author has used noun phrases to add description. Pupils will also explore the suffixes -er and -or. It will culminate in them writing their own story based on a cave painting theme.

1. Vocabulary -To use further suffixes: -er and -or
Pupils will: revisit suffixes; look at two ways of adding suffixes making the ‘ur’ sound - ‘-er’ and ‘or’ and understand when each is used; learn the spelling patterns associated with these suffixes; add -er or -or to words; write a paragraph using the suffixes -er and -or.