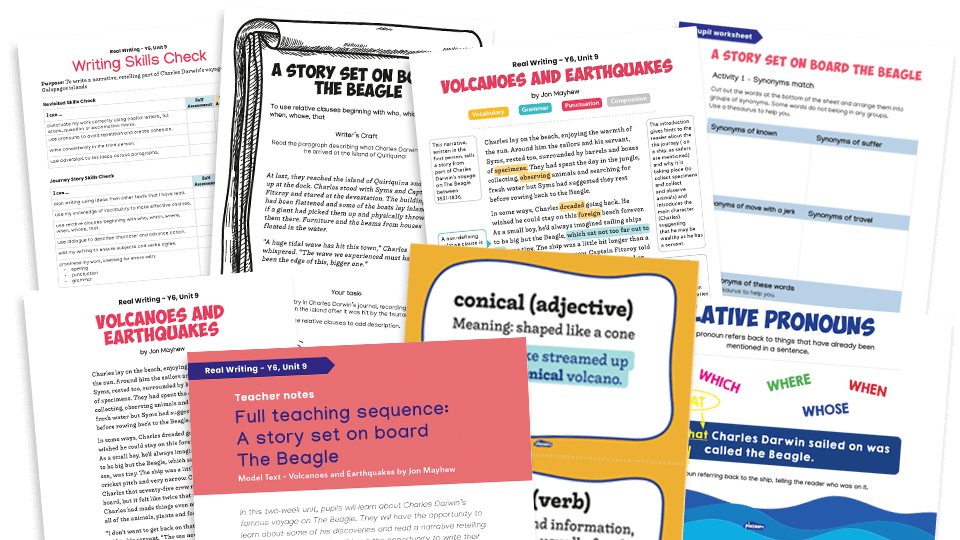 Unit overview
This writing unit for Year 6 is built around an original model text by Jon Mayhew - a story set on board The Beagle. The example text is available as a PDF in three versions (plain, illustrated and annotated); annotated and non-annotated PowerPoint presentations are also included.

1. Vocabulary: To know how words are related by meaning as synonyms
Pupils will: revisit synonyms; practise using a thesaurus; understand how synonyms can change the meaning of sentences; match synonyms; change synonyms to improve writing; write a paragraph choosing synonyms carefully.