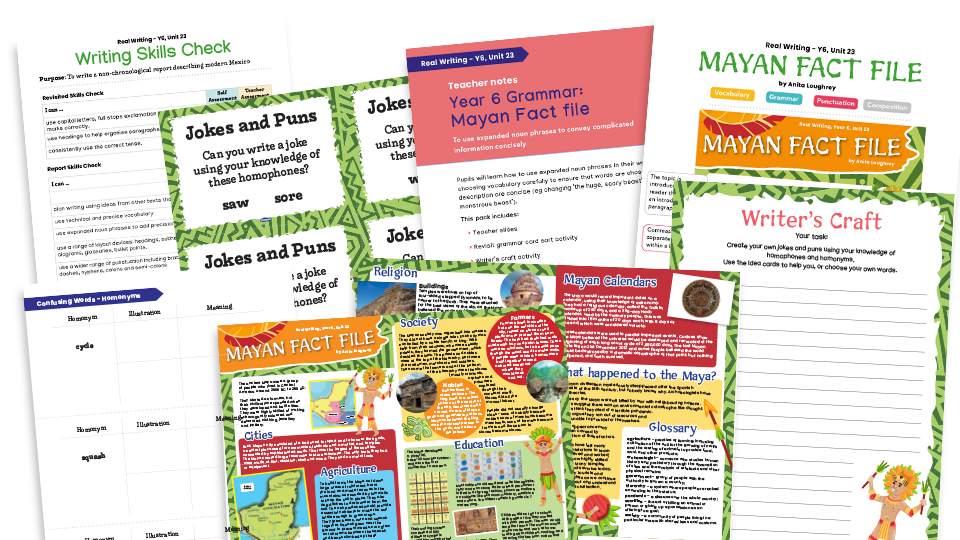 This writing unit for Year 6 is built around an original model text by Anita Loughrey - a report about aspects of the Maya civilisation. The example text is available as a PDF in three versions (plain, illustrated and annotated); annotated and non-annotated PowerPoint presentations are also included.

Two fully resourced lesson plans are included for the following Year 6 English objectives, which can form part of the unit or be taught discretely:

1. Vocabulary: To distinguish between homophones and other words that are often confused

Homophones are words that sound the same but are spelt differently and have different meanings.

Examples of homophones or words that are often confused from English Appendix 1: years 5/6