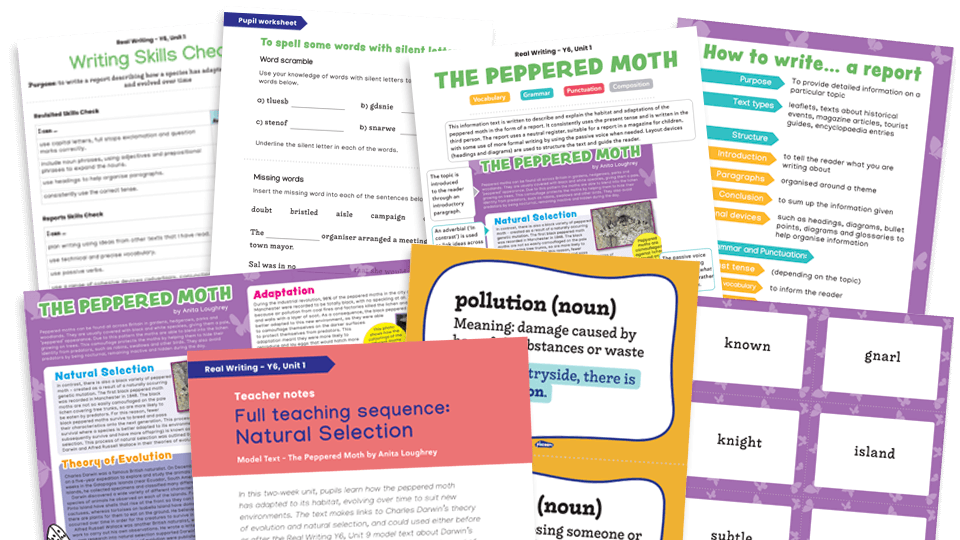 Unit overview
This writing unit for Year 6 is built around an original model text by Anita Loughrey - a report about the peppered moth. The example text is available as a PDF in three versions (plain, illustrated and annotated); annotated and non-annotated PowerPoint presentations are also included.

In this two-week unit, pupils learn how the peppered moth has adapted to its habitat, evolving over time to suit new environments. The text makes links to Charles Darwin’s theory of evolution and natural selection, and could be used either before or after the Real Writing Y6, Unit 9 model text about Darwin’s voyage to the Galapagos Islands on the Beagle. At the end of the unit, pupils will have the opportunity to write their own report
about how other animals have adapted to their environments.