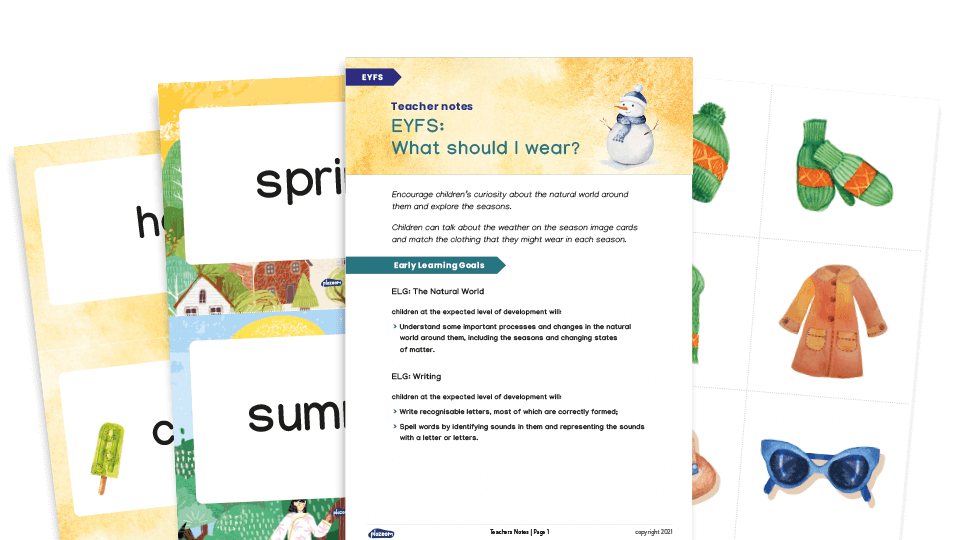 Encourage children’s curiosity about the natural world around them and explore the seasons in your EYFS setting.

Young learners will talk about the weather shown in the season image cards and match the clothing that they might wear in each season. The activities could be used as part of continuous provision in your setting or be used as an adult focused activity.

Included in the EYFS resource pack

Early Learning Goals
ELG: The Natural World
Children at the expected level of development will:
- Understand some important processes and changes in the natural world around them, including the seasons and changing states of matter.

ELG: Writing
Children at the expected level of development will:
- Write recognisable letters, most of which are correctly formed;
- Spell words by identifying sounds in them and representing the sounds with a letter or letters;

This resource is part of the Early Years Inspiration collection. View more from this collection

EYFS: The Environment - Looking After Our World

EYFS Visual Literacy: Under the Sea