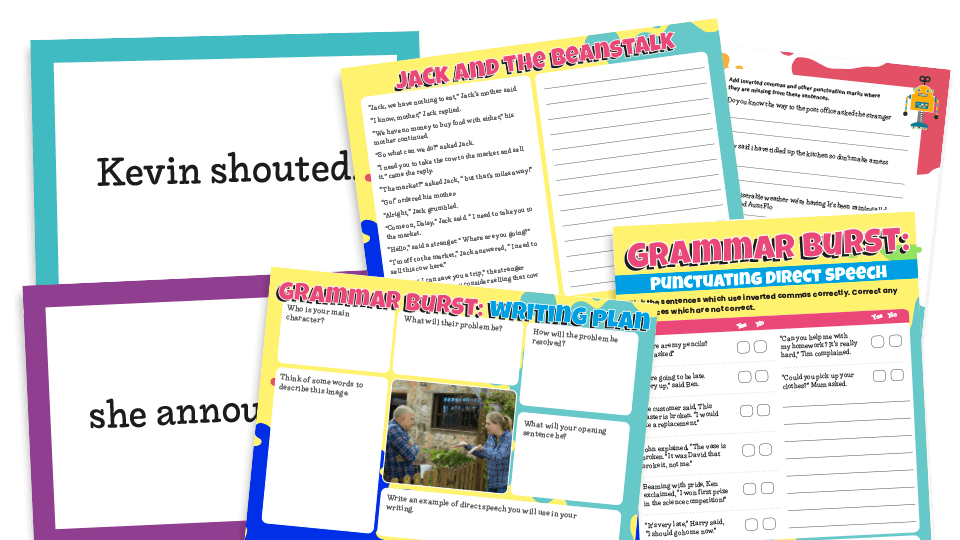 This powerful KS2 grammar resources pack provides everything you need to teach a series of five lessons on punctuating direct speech, culminating in an extended writing task where children can use their grammatical understanding in context.

With explanations, examples and activities to introduce this topic to your class

The conductor shouted, “Sit down!”