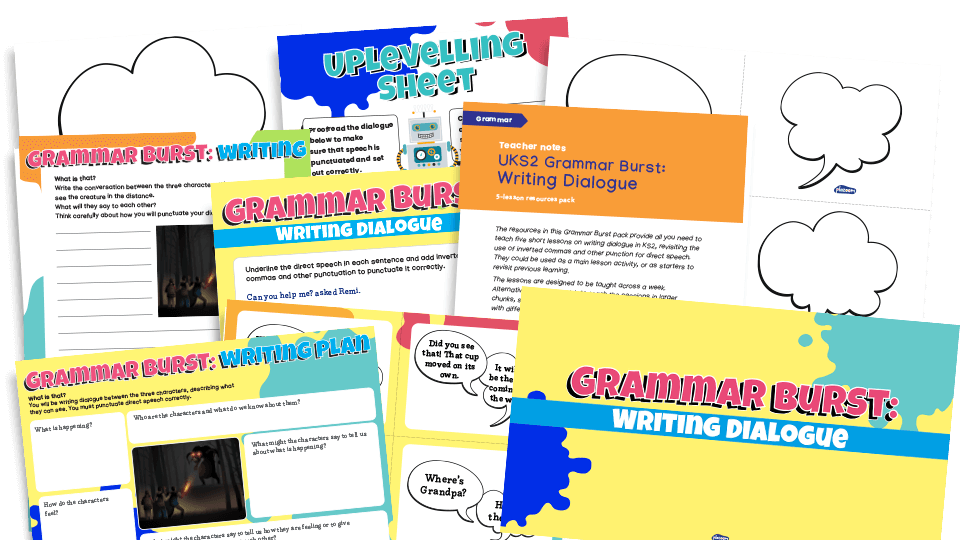 This powerful Key Stage 2 grammar resources pack provides everything you need to teach a series of five lessons on writing dialogue to pupils in Years 5 and 6, culminating in an extended writing task where children can use their grammatical understanding in context.

What is dialogue KS2?

Dialogue is a conversation between two or more people in a book, play or film. The direct speech within the dialogue must be punctuated correctly when written as a narrative.