KS1 Halloween Creating Characters Resource Pack – Who does this belong to? 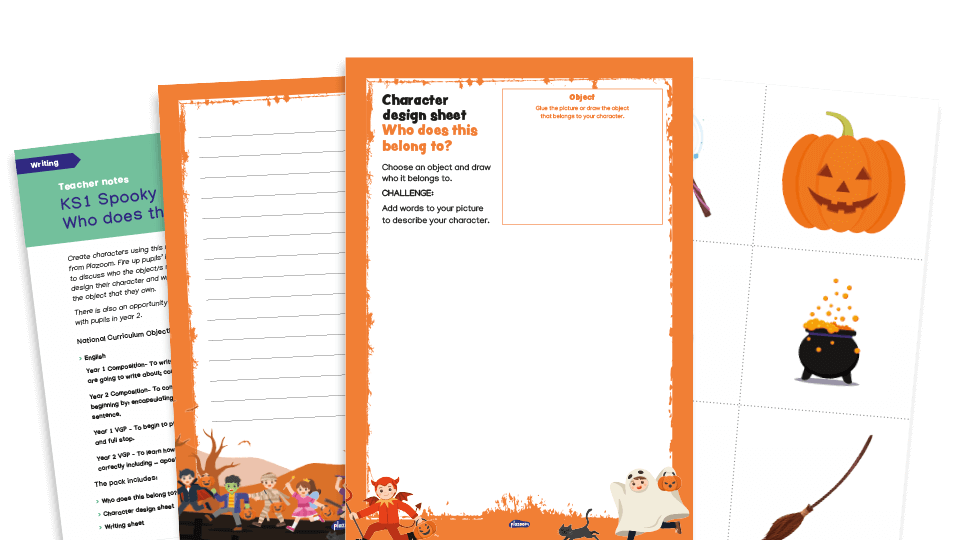 Explore creating characters using this Halloween inspired resource from Plazoom. Fire up pupils’ imaginations using the image cards to discuss who the object/s might belong to. They can then design their own character and write sentences to describe them and the object that they own.

There is also an opportunity to teach possessive apostrophes with pupils in year 2.

The resource could be used as part of a topic day based on Halloween, or over a series of English lessons. It could also be used as a writing project which would be perfect for home learning or as a fun homework task.

National Curriculum English programme of study links
Pupils should be taught to:
Year 1 Composition– To write sentences by: saying out loud what they are going to write about; composing a sentence orally before writing it.
Year 2 Composition– To consider what they are going to write before beginning by: encapsulating what they want to say, sentence by sentence.
Year 1 VGP – To begin to punctuate sentences using a capital letter and full stop.
Year 2 VGP – To learn how to use both familiar and new punctuation correctly including … apostrophes for the possessive (singular).