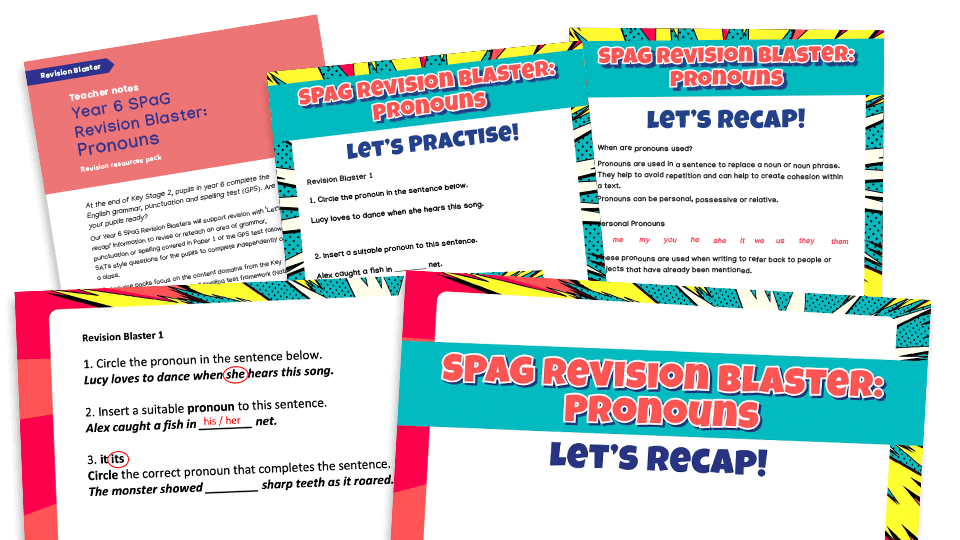 Our Year 6 SPaG Revision Blaster packs are the perfect way to check children’s knowledge and understanding of the KS2 programme of study for English. The area of grammar, punctuation and spelling covered in this SPaG revision blaster is the use of pronouns.

Pronouns are words that can be used in a sentence to replace a noun or noun phrase. There are different types of pronouns: personal, possessive and relative.

Relative pronouns are used to introduce a clause giving more information about a noun. That, which, who, whom, whose, where and when are all relative pronouns.