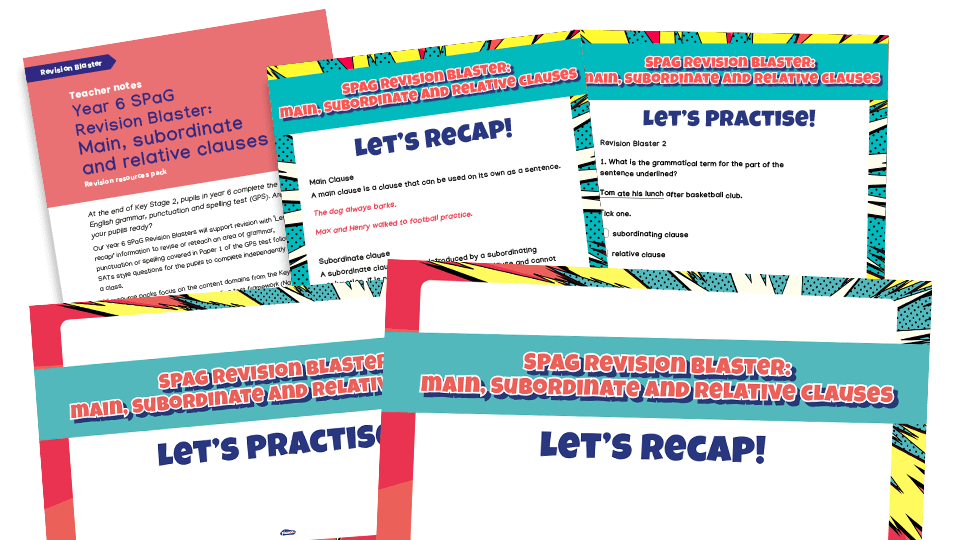 Our Year 6 SPaG Revision Blaster packs are the perfect way to check children’s knowledge and understanding of the KS2 programme of study for English. The area of grammar, punctuation and spelling covered in this SPaG revision blaster is main, subordinate and relative clauses.

What is a main clause?

A main clause is a clause that can be a sentence on its own.

A subordinate clause is often introduced by a subordinating conjunction. It creates a multiclause or complex sentence. It is not as important as the main clause and cannot be a sentence on its own.