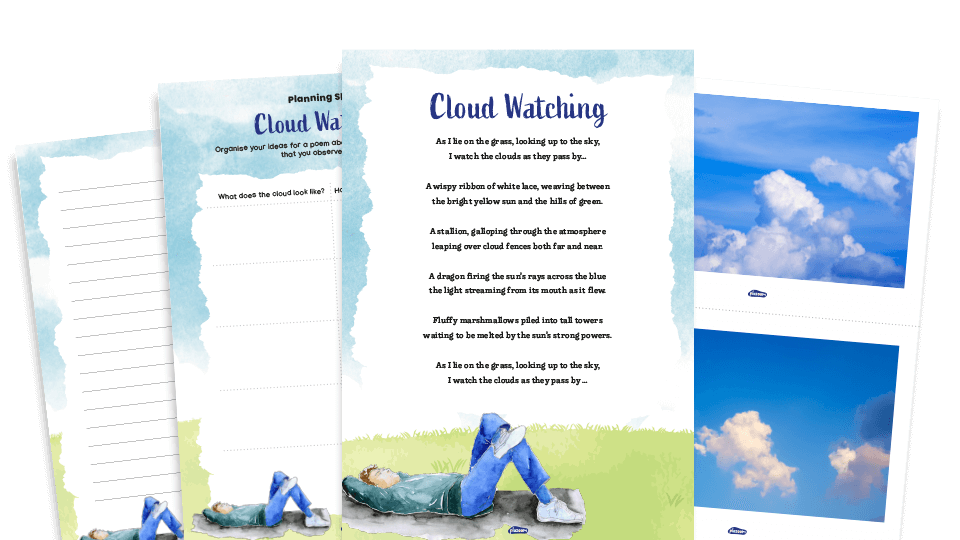 In the summer months, it is fun to lie back and watch the clouds pass by, observing the shapes that they form in the sky. Explore poetry using this summer themed writing pack based on cloud watching.

Pupils will read a model poem ‘Cloud Watching’, showing WAGOLL (what a good one looks like); exploring its structure and how noun phrases have been expanded to create description. They are then encouraged to carry out their own ‘cloud watching’ before writing about the shapes and patterns that the clouds formed in the sky. Pupils will then write their own poems, based on ideas from their own cloud watching, describing the clouds in the sky.

The resource pack provides suggested activities, including teaching or revisiting the use of expanded noun phrases to describe or specify.

What is included in this KS2 Poems resource pack?