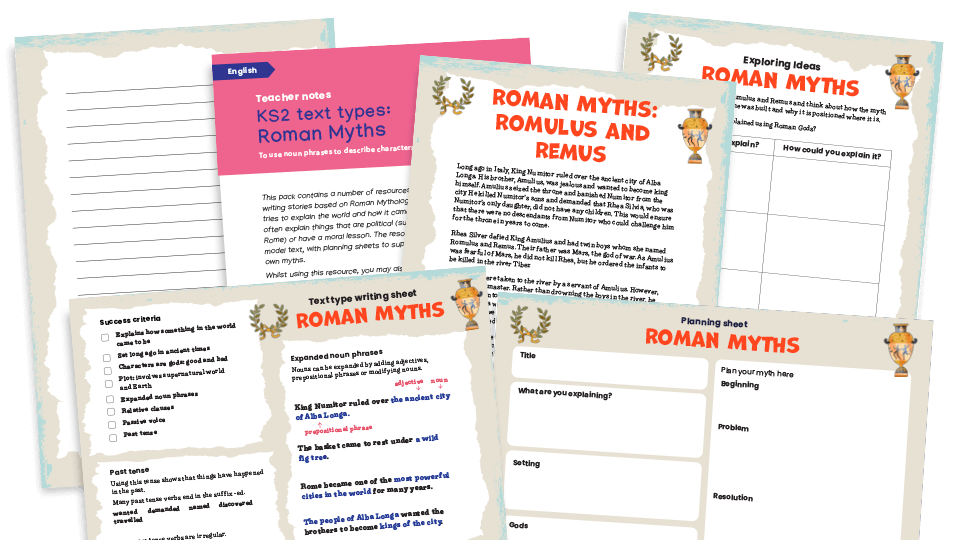 Explore Roman myths with this text types resource pack for KS2, a perfect literacy resource as part of a topic on the Roman Empire. Pupils will write read the model text, a retelling of the myth Romulus and Remus, and write their own myths based on Roman gods and mythology. They will use the model text to identify grammar and punctuation used, including passive verbs, relative clauses, noun phrases and the past tense, that they can apply in their own writing.

What is included in this KS2 resource pack?

What is a myth?

A myth is a story that tries to explain the world and how it came to be. Roman myths often explain things that are political (such as the creation of Rome) or have a moral lesson.