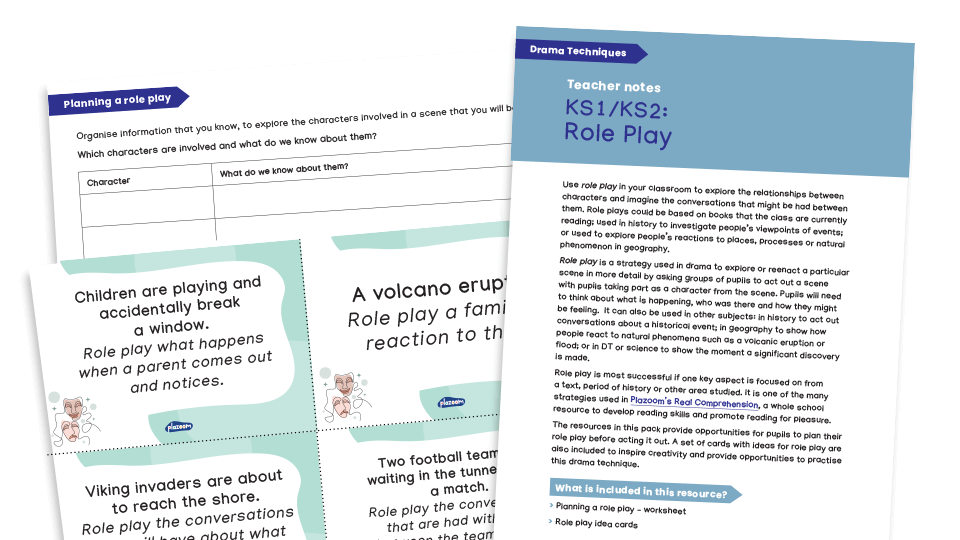 Use role play in your classroom to explore the relationships between characters and imagine the conversations that might be had between them. Role plays could be based on books that the class are currently reading, used in history to investigate people’s viewpoints of events, or brought in to explore people’s reactions to places, processes or natural phenomena in geography.

What is role play?

Role play is a strategy used in drama to explore or reenact a particular scene in more detail by asking groups of pupils to act out a scene. Pupils will need to think about what is happening, who was there and how they might be feeling. It can also be used in other subjects: in history to act out conversations about a historical event; in geography to show how people react to natural phenomena such as a volcanic eruption or flood; or in DT or science to show the moment a significant discovery is made.

Role play is most successful if one key aspect is focused on from a text, period of history or other area studied.

What is included in this resource?

Role play is one of the many strategies used in Plazoom’s Real Comprehension, a whole school resource to develop reading skills and promote reading for pleasure.

This resource is part of the Essential Templates collection. View more from this collection