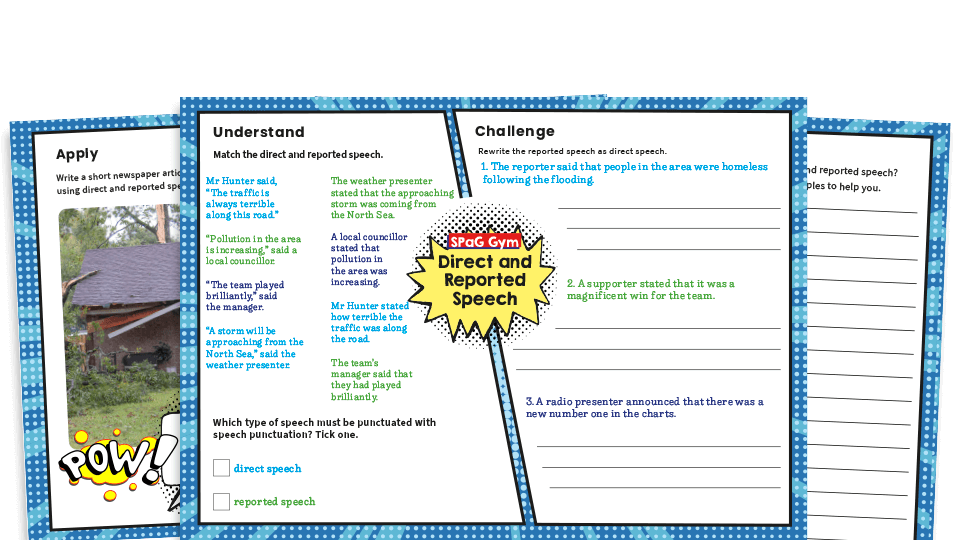 Practise and revise identifying and using direct and reported speech with this bright, appealing PDF grammar worksheet. Pupils will have the opportunity to rehearse various speech rules in KS2 when punctuating direct speech.

Activities include test-style questions and opportunities for creative writing responses, with eye-catching images as prompts.

Explain
Explain the difference between direct and reported speech

What is reported speech?

Reported speech states what someone said without necessarily reporting their actual words.
For example:
Roger explained that the rules must be followed by everyone.

Pupils should be taught to use and punctuate direct speech