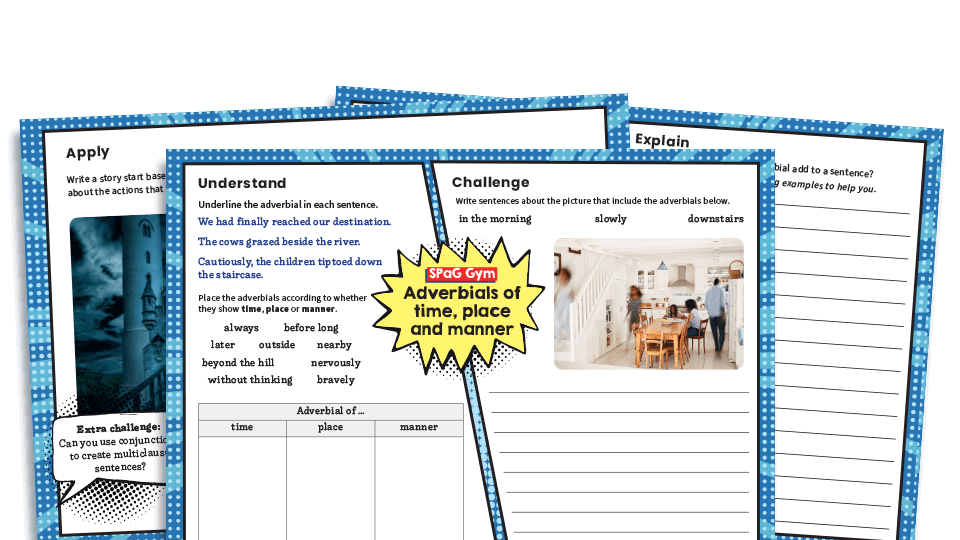 Practise and revise adverbials of time, place and manner with this bright, appealing PDF grammar worksheet.

Understand
Underline the adverbial in each sentence and sort the adverbials to indicate whether they show time, place or manner

Challenge
Write sentences about the image using time adverbials given.

Test
Add fronted adverbials to the sentences and indicate whether an adverbial is showing time, place or manner within a sentence

Explain
Explain what information an adverbial can add to a sentence.

Apply
Write a story start based on the image given using adverbials to show time, place and manner

What are adverbials?
Adverbials give information about the action taking place within a sentence. They can show when (time), where (place), how (manner) or how often (frequency/number)