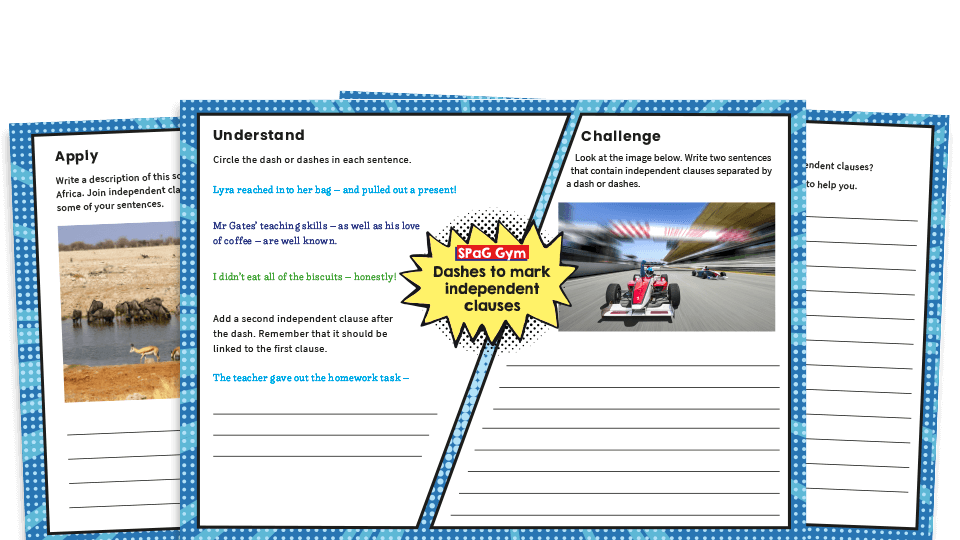 Understand
Circle the dash in each sentence and add an independent clause to the sentence given using a dash.

Test
Match the independent clauses that could be joined using a dash and place the dash in the correct place within the sentences given.

Explain
Explain when a dash could be used to mark independent clauses.

Apply
Write a description of the image shown and include a sentence that includes a dash to mark independent clauses.

When is a dash used?

A dash can be used instead of a comma or semi-colon to separate independent clauses. It is often used in less formal writing.

Mr Gates’ teaching skills – as well as his love of coffee – are well known.
The dog growled - a mysterious shadow had appeareded at the door.

National Curriculum English programme of study links
Pupils should be taught to use semi-colons, colons or dashes to mark boundaries between independent clauses