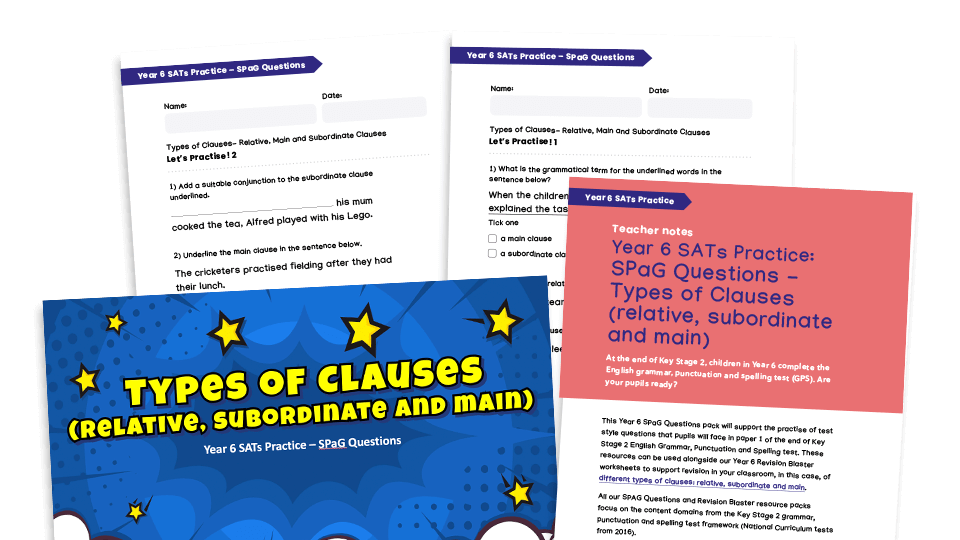 At the end of Key Stage 2, children in Year 6 complete the English grammar, punctuation and spelling test (GPS). Are your pupils ready?

This Year 6 SPaG Questions pack will support the practise of test style questions that pupils will face in paper 1 of the end of Key Stage 2 English Grammar, Punctuation and Spelling test.

These resources can be used alongside our Year 6 Revision Blaster worksheets to support revision in your classroom, in this case, of clauses (relative, subordinate and main).

All our SPAG Questions and Revision Blaster resource packs focus on the content domains from the Key Stage 2 grammar, punctuation and spelling test framework (National Curriculum tests from 2016).

What is a main clause?

A main clause is a clause that can be a sentence on its own.

A subordinate clause is often introduced by a subordinating conjunction. It creates a multiclause or complex sentence. It is not as important as the main clause and cannot be a sentence on its own.